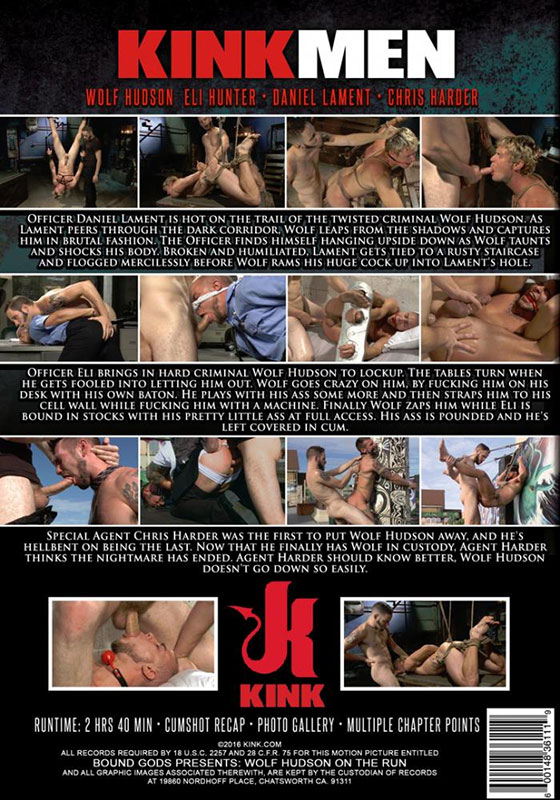 Wolf Hudson on the Run

Officer Daniel Lament is hot on the trail of the twisted criminal Wolf Hudson. As Lament peers through the dark corridor, Wolf leaps from the shadows and captures him in aggressive fashion. The Officer finds himself hanging upside down as Wolf taunts and shocks his body. Broken, Lament gets tied to a rusty staircase and flogged mercilessly before Wolf rams his huge cock up into Lament’s hole.

Special Agent Chris Harder was the first to put Wolf Hudson away, and he’s hell bent on being the last. Now that he finally has Wolf in custody, Agent Harder thinks the nightmare has ended. Agent Harder should know better, Wolf Hudson doesn’t go down so easily.