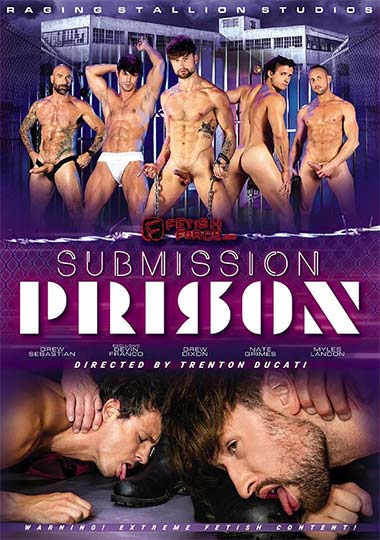 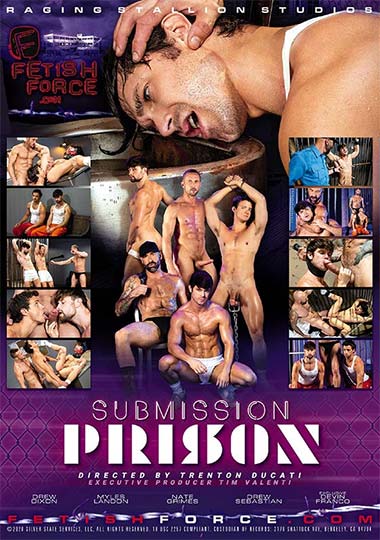 Description:
“Bad Boys! Bad Boys! Whatcha gonna do? Whatcha gonna do when they cum ON you?” That’s what these pretty-boy petty criminals and guards need to figure out fast in Club Inferno’s nasty exploration of the penal code in, ‘Submission Prison’, with a roster of well-endowed superstars putting the tent in penitentiary. Performer turned director Trenton Ducati, is a filthy fucker with a kinky imagination, taking us to the sweat and semen stained cells of Dorchester Corrections Facility, where the corrupt head guard is the cruel and sadistic dirty daddy, Myles Landon. From square one, Officer Myles proves he’s here to break in and break down the inmates he oversees. On their very first day in jail, two young punks, Nate Grimes and Drew Dixon find themselves at the mercy of Myles and his painful lessons to that leave their cocks dripping with cum. Back in restraints and with his nuts crushed in a C-clamp, Nate watches with a mix of fear, revulsion and arousal as his fellow inmate Drew is chained to a desk with a boot strapped around his neck and repeatedly violated by Officer Myles’ thick nightstick of a prick. Eventually, Nate is forced to kneel and eat his buddy’s well-fucked ass as Drew wisely surrenders to the situation and starts finding pleasure in his brutal punishment. When prisoner Devin Franco is caught out of his cell by another malevolent guard, Drew Sebastian, Devin gets dragged back to his ward for a surprise inspection on his hole from the pervy guard. After being violated by the guard, Devin finally cums all over his own ripped belly, prompting Drew to unload on him too before taking out a marker, tagging him across his chest as ‘PRISON BITCH’. That’s just the price you must pay to make the punishment fit the crime when you’re doing hard time in ‘Submission Prison’.