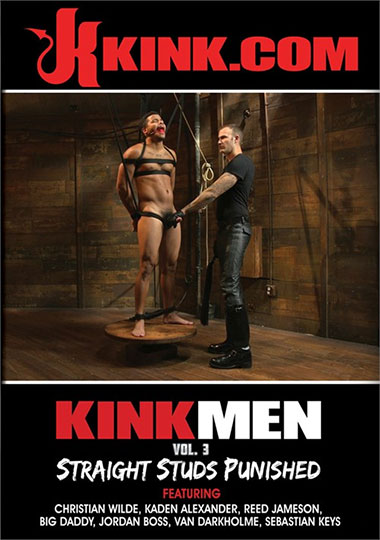 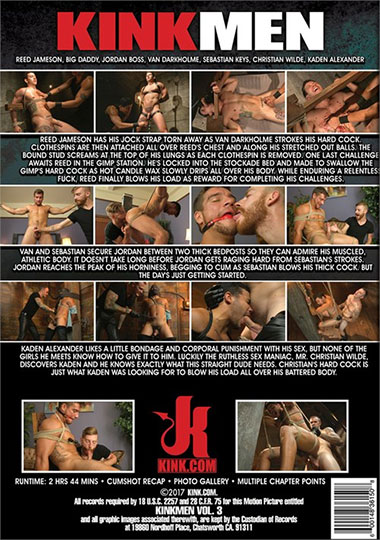 Description:
Reed Jameson has his jock strap torn away as Van Darkholme strokes his hard cock. Clothespins are then attached all over Reed’s chest and along his stretched out balls. The bound stud screams at the top of his lungs as each clothespin is removed. One last challenge awaits Reed in The Gimp Station. He’s locked into the stockade bed and made to swallow the gimp’s hard cock as hot candle wax slowly drips all over his body. While enduring a relentless fuck, Reed finally blows his load as reward for completing his challenges.
Van and Sebastian secure Jordan between two thick bedposts so they can admire his muscled, athletic body. It doesn’t take long before Jordan gets raging hard from Sebastian’s strokes. Jordan reaches the peak of his horniness, begging to cum as Sebastian blows his thick cock. But the day’s just getting started.
Kaden Alexander likes a little bondage and corporal punishment with his sex, but none of the girls he meets know how to give it to him. Luckily the ruthless sex maniac, Mr. Christian Wilde, discovers Kaden and he knows exactly what this straight dude needs. Christian’s hard cock is just what Kaden was looking for to blow his load all over his battered body.