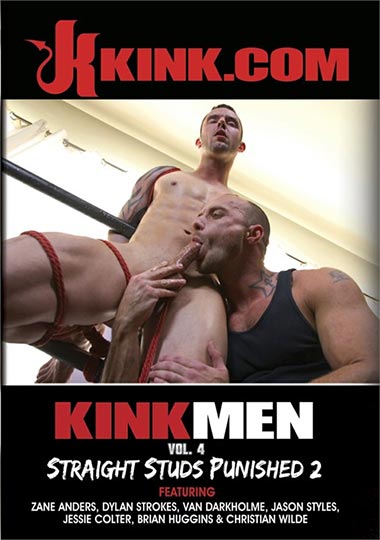 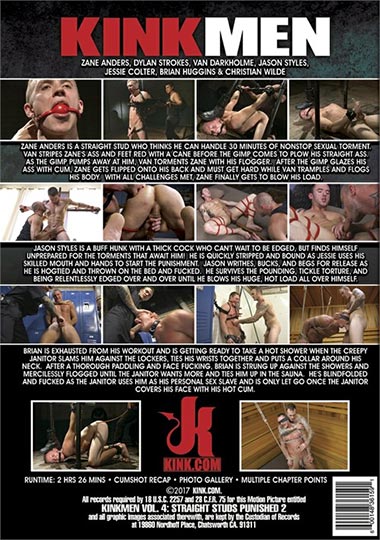 Description:
Zane Anders is a straight stud who thinks he can handle 30 minutes of nonstop sexual torment. Van Darkholme stripes Zane’s ass and feet red with a cane before The Gimp Dylan Strokes comes to plow his straight ass. As The Gimp pumps away at him, Van torments Zane with his flogger. After The Gimp glazes his ass with cum, Zane gets flipped onto his back and must get hard while Van tramples and flogs his body. With all challenges met, Zane finally gets to blow his load.
Jason Styles is a buff hunk with a thick cock who can’t wait to be edged, but finds himself unprepared for the torments that await him! He is quickly stripped and bound as Jessie Colter uses his skilled mouth and hands to start the punishment. Jason writhes, bucks, and begs for release as he is hogtied and thrown on the bed and fucked. He survives the pounding, tickling, and being relentlessly edged over and over until he blows his huge, hot load all over himself.
Brian Huggins is exhausted from his workout and is getting ready to take a hot shower when creepy janitor Christian Wilde slams him against the lockers, ties his wrists together and puts a collar around his neck. After a thorough paddling and face fucking, Brian is strung up against the showers and mercilessly flogged until the janitor wants more and ties him up in the sauna. He’s blindfolded and fucked as the janitor uses him as his personal sex slave and is only let go once the janitor covers his face with his hot cum.