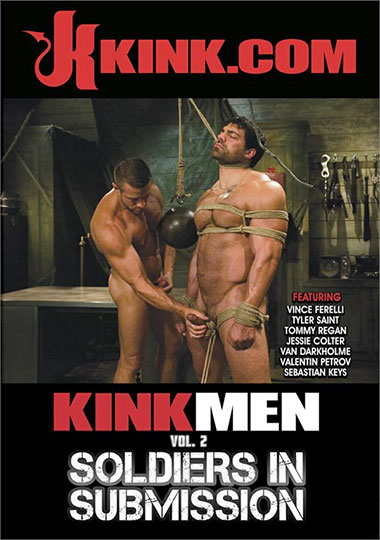 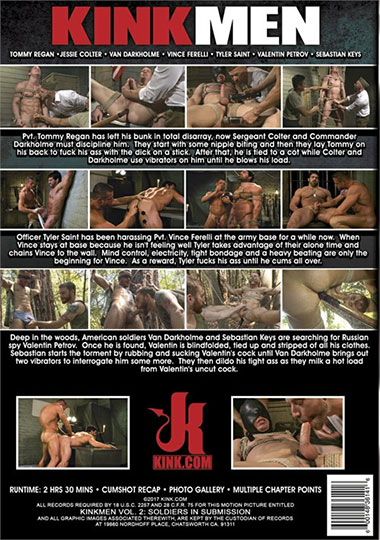 Description:
Pvt. Tommy Regan has left his bunk in total disarray, no Serfeant Colter and Commander Darkholme must discipline him. They start with some nipple biting and then they lay Tommy on his back to fuck his ass with the dick on a stick. After that, he is tied to a cot while Colter and Darkholme use vibrators on him until he blows his load.
Officer Tyler Saint has been harassing Pvt. Vince Ferelli at the army bas for a while now. When Vince stays at base because he isn’t feeling well, Tyler takes advantage of their alone time and chains Vince to the wall. Mind control, electricity, tight bondage and heavy beating are onluy the beginning for Vince. As a reward, Tyler fucks his ass until he cums all over.