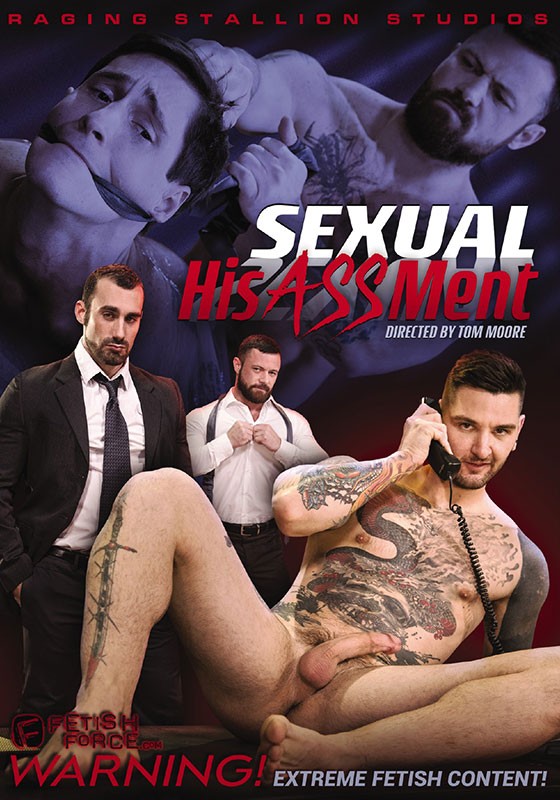 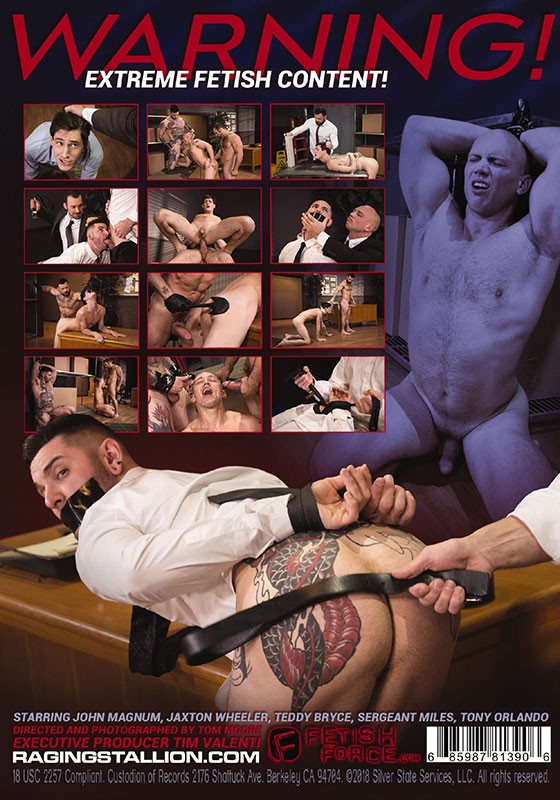 Sex between the boss and employees has been going on since the inception of the workplace. Whether it’s sex to get a promotion or as punishment for fucking something up, ‘Sexual HisASSment’ always pleases the boss and gets you ahead in the world of office politics. Teddy Bryce is the new employee in the office and when he catches John Magnum staring him down, he starts to have dirty thoughts about his supervisor. John makes his move and soon their boss, Jaxton Wheeler, joins the office party as both Jaxton and John take turns spit roasting, Teddy. Jaxton ties John and Teddy up in the office storage room and fucks their faces before plowing both of them up the ass. He’s an equal opportunity employer and pounds away at his staff giving them both what they want until Teddy and Jaxton blow their loads all over John’s face and mouth. Tony Orlando is preoccupied with dick as he tries to work in the office storage room. When his boss, Sergeant Miles catches him drawing cartoon cocks, Sergeant teaches him a lesson with extreme face fucking, verbal humiliation, and an ass reaming that Tony won’t soon forget. Sergeant leads Tony to his office like a dog on a leash where he spanks and flogs the deviant employee until his ass is red and bruised. Sergeant finishes his lesson by destroying Tony’s hole and draining his balls all over the used-up employee’s face. These bosses believe in a different kind of team building. A kind where normal rules go out the window. It’s called ‘Sexual HisASSment.”