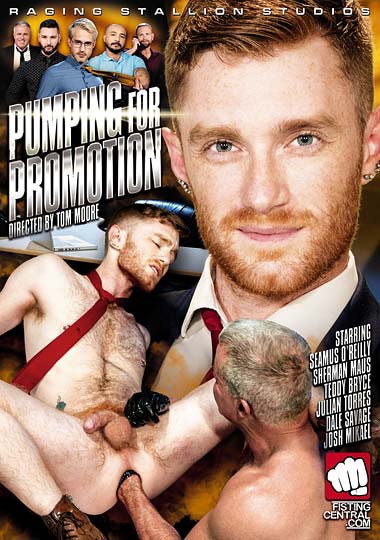 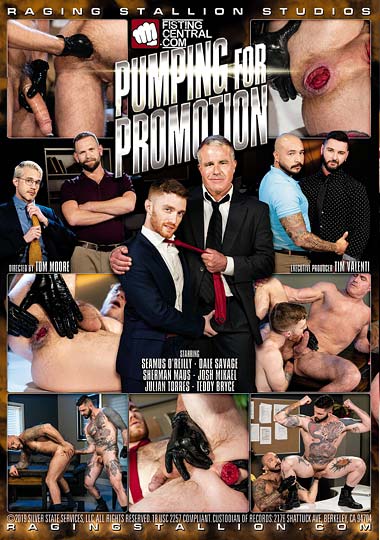 Description:
When you’re trying to stand out in the corporate world, sometimes “Pumping for Promotion” is the only way to leave your mark. Award-winning director, Tom Moore, presents a fisting fantasy of six gaping studs that are eager to stand out and climb the corporate ladder. Josh Mikael tries to persuade his boss, Sherman Maus, to give him a promotion by offering up his tight hole for a punch fuck to prove he’s the man for the job. Then Sherman wants to see what Josh has to give to the company when he rolls over to take Josh wrist deep up his ass until his hole is left gaping and his balls are drained. Dale Savage isn’t too happy when he catches his subordinate, Seamus O’Reilly, jacking off on the toilet. When Seamus accidentally calls his boss Daddy, all bets are off and soon Seamus is splayed out with Dale’s fist planted wrist-deep up his busted hole. When it’s Dale’s turn to get his hole wrecked, he leads Seamus to a conference room and offers up his gaping hole so Seamus can get forearm deep inside his boss until Dale sprays his jizz all over himself. Teddy Bryce catches his employee, Julian Torres, jacking off in the break room and decides to treat Julian like the slut he wants to be. After fucking Julian’s hairy ass, Teddy slams his fists deep inside until Julian drops his load all over his hairy stomach. Later, when Julian shows up late to a meeting, he finds Teddy jacking off at his desk. To show how sorry he is for being late, Julian snaps on his gloves and stretches Teddy’s gaping hole, pounding him deep until Teddy slathers himself with jizz. Climbing the corporate ladder can be a hard job, but it’s not so bad when you’re “Pumping For Promotion.”