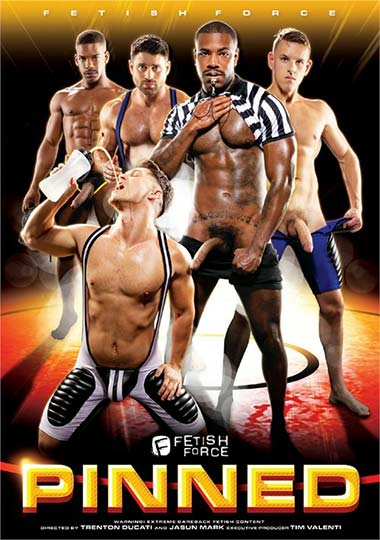 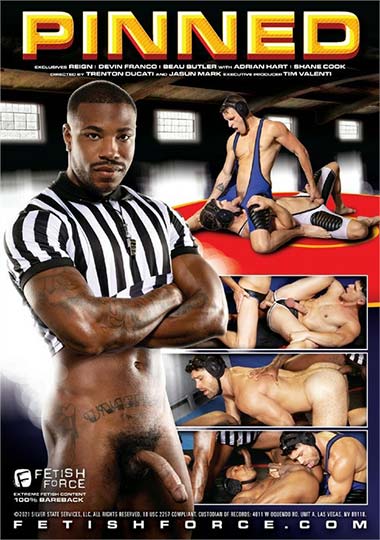 Description:
If you’re heading out to the mat, then be prepared to get Pinned down by a hoard of half-naked wrestlers. Directed by Trenton Ducati and Jasun Mark, these five wrestling jocks aren’t afraid of asserting their physical dominance in front of anyone that’s watching. No matter the outcome of the match, these wrestling hunks are making sure everyone’s getting manhandled, roughhoused, and Pinned until their balls are officially drained. After pinning down athletic stud Devin Franco, hung muscle man Shane Cook continues his reign of victory by shoving his girthy cock into his opponent’s open mouth. The rematch between the two wrestlers sees both men exposing their asses and hard dicks before Shane knocks Devin down yet again and barebacks his juicy bubble butt. Shane ends the match by pulling out of Devin’s used ass and spewing heavy ropes all over the bottom’s naked abs. Beau Butler just pinned down ripped Adrian Hart, and referee Reign is looking to award the beefy athlete. To celebrate the win, the hairy victor gets both ends stuffed until Reign and Adrian blow their warm loads into his mouth and hole. After their rematch, it’s Adrian’s turn to get fucked by the ref’s big dick. Beau covers his opponent in his thick load as Reign breeds his smooth hole with his sweaty cock.