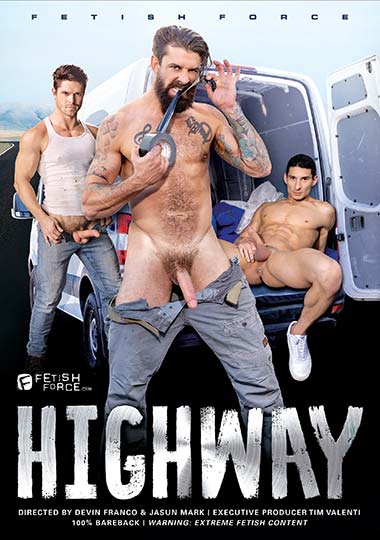 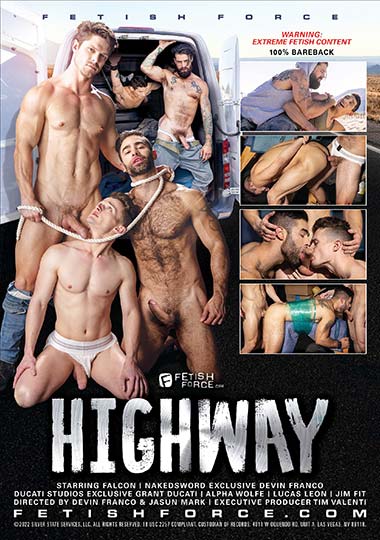 Description:
There’s one specific van you should always be on the lookout for and if you see it on the ‘Highway’, just know that there’s some naked college jock in there, and you can never be sure what’s happening to him. From directors Devin Franco and Jasun Mark, this thriller follows two mysterious masters that are on the hunt for submissive bottoms willing to bend to their every whim. After calling a number on a bathroom wall, a clueless Jim Fit finds himself chained up in a dark basement being toyed with by bearded dom Alpha Wolfe. The master refuses to let him cum and proceeds to get off at how his big dick gradually wrecks the student’s once-pristine asshole. Completely bound in yards of restricting shrink wrap, Grant Ducati and a tied-up Lucas Leon are eagerly submitting to every twisted act dom Devin Franco puts them through. The grateful pigs give into Devin Franco and his thick dick as he barebacks both of their submissive holes. Now wearing a mask with a dildo attached to it, Grant Ducati is forced to fuck the gaping mouth and stretched hole of Lucas Leon as the master watches on and helps him fill the sub. So, if you see this demented van pull up next to you on the ‘Highway’, just know it’s just on a one-way ticket for some college studs to encounter some twisted fetish fantasies.