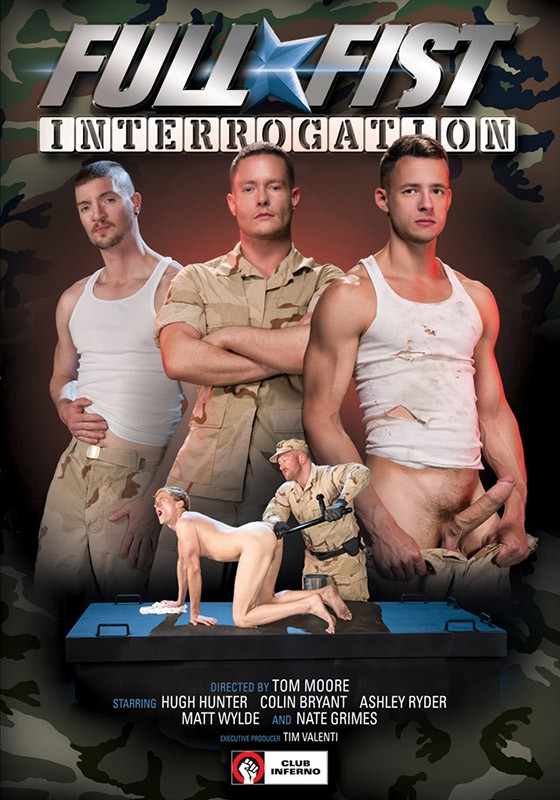 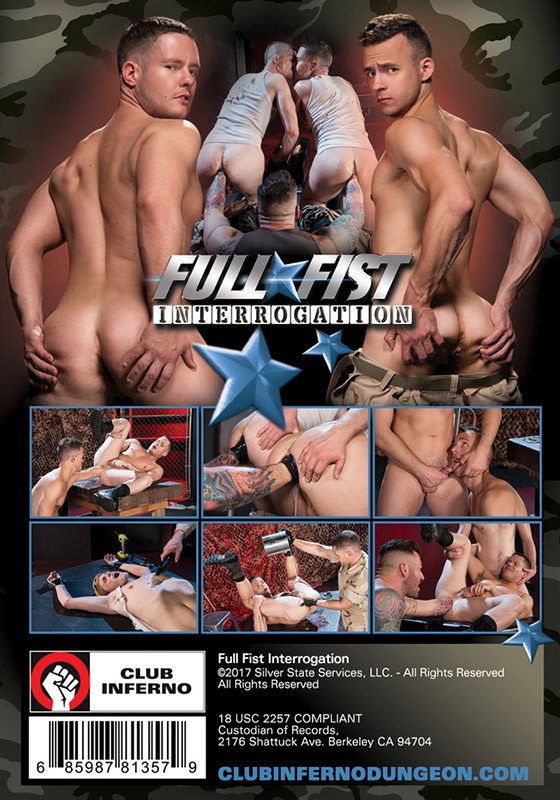 When you’re in the military, discipline can be harsh if you’re caught breaking the rules. If you’re the enemy, the punishments are even more severe and the interrogations can be hard. Sometimes there’s only one way to get the required information, and that’s to pull it out of a soldier’s ass. Tom Moore directs a cast of five dirty pigs who can’t stretch their asses enough in ‘Full Fist Interrogation’. Hugh Hunter catches Colin Bryant wearing a filthy uniform and bends him over a table to teach him a lesson with his fists. It’s a tight fit but he eventually gets wrist deep into Colin’s asshole. Hugh wants his turn and bends over to have Colin rim his ass. When his rosebud is nice and opened up, Hugh gets Colin’s fist deep inside his back door. Later, Hugh catches Ashley Ryder and Matt Wylde messing around on base. Once again, he’s made to discipline the soldiers. Ashley and Matt bend over next to each other and prepare for Hugh to shove a fist inside both their asses. With a hand in each of them, Hugh stretches them beyond the limits before he takes each of them one-on-one to finish the job. He gets elbow deep inside Ashley, making him cum hard before Matt sprays his load from the sight of an entire arm up the stud’s ass. Nate Grimes is behind enemy lines and is being interrogated by Ashley Ryder. Nate won’t give up the information so Ashley decides to pull it out of his ass. Ashley’s fist fits nicely inside Nate’s hole and all the stretching makes Nate blast his big hairy cock. Ashley licks up the jizz like the pig he is before he bends over and takes Nate’s entire forearm all the way to the elbow. Nate fucks his interrogator with alternating fists until Ashley empties his balls on his own muscled-up body. ‘Full Fist Interrogation’ will leave your ass gaping wide and ready for a helping hand.