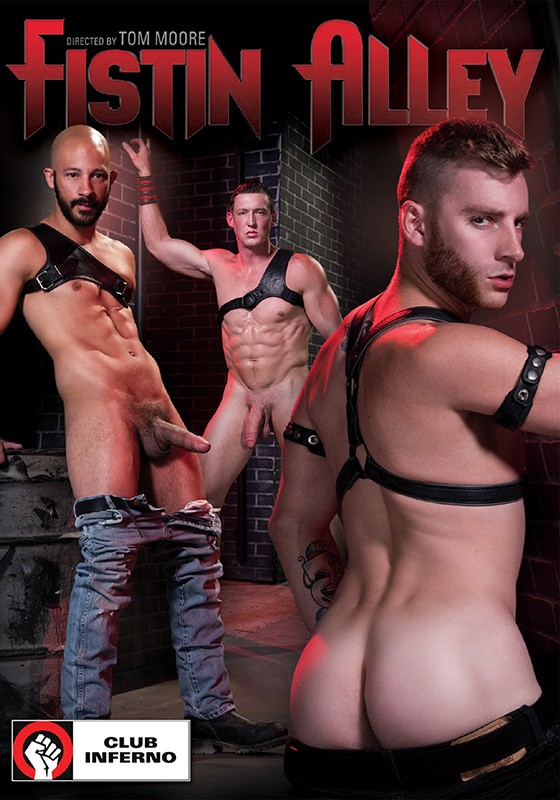 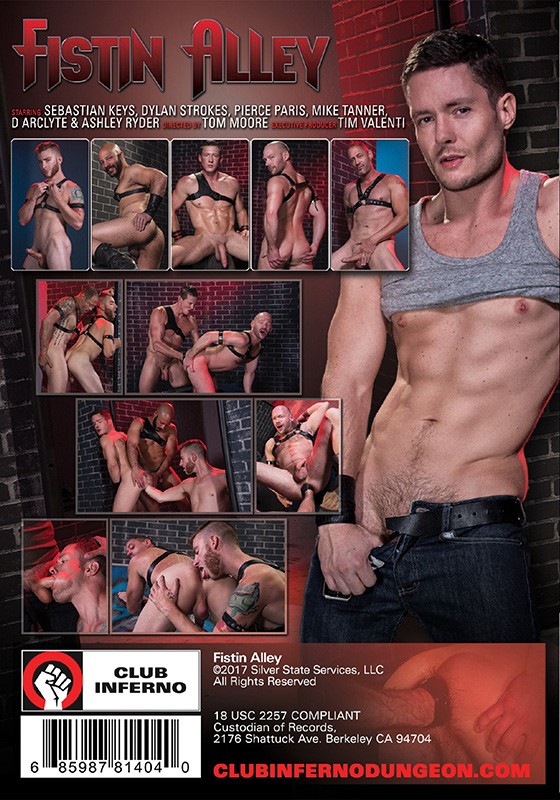 Welcome to ‘Fistin Alley’! The place where all the fist-loving studs and daddies go to lend a hefty hand up the ass. Take a walk through the seedy back alley, choose a horny stud or two to join in your fun, and let them go elbow deep until your rosebud blooms! Mike Tanner is rubbing his crotch in a dark alley when he locks eyes with Pierce Paris doing the same. The studs eat each other out before Mike bends over and takes all five fingers from Pierce’s big hand. When Pierce gets wrist deep into Mike’s busted hole, he starts jacking his big throbbing cock. He pulls his fist out and unleashes his load into Mike’s wide-open mouth without spilling a single drop. Ashley Ryder and Dylan Strokes are joined by Sebastian Keys in the alley. After slamming Ashley with his fist, Sebastian decides to get his asshole reamed by Dylan. Dylan’s fist does the trick and Sebastian unloads into Ashley’s open mouth. Dylan takes a turn fucking both studs before Sebastian throws a fist into Dylan and Ashley at the same time. Ashley takes him elbow deep and gets a facial from Dylan’s big, thick cock. Sebastian Keys is staring down hot daddy, D Arclyte, with his cock in his hands. D invites the young stud over, and after getting his ass stretched from Sebastian’s throbbing dick, he gets it destroyed with a wrist-deep fist. After blowing his load, D tries to leave the alley. Sebastian chases him down and won’t let him go until he gives Sebastian the wrist treatment that will leave his face covered in his own jizz. Enter ‘Fistin Alley’ if you dare. It’s the place where only the most hardcore fist lovers are allowed. How far down can you slide?