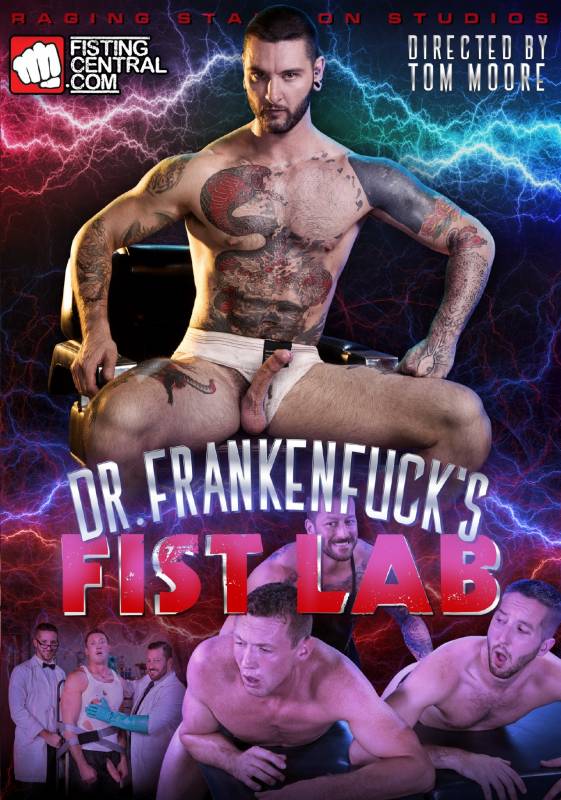 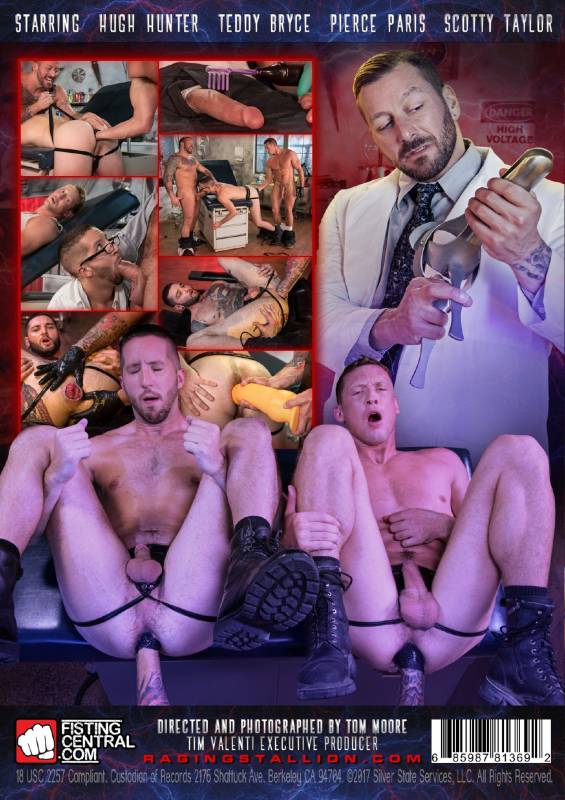 Welcome to ‘Dr. FrankenFuck’s Fist Lab’, a mad fister’s hideaway, where he conducts hardcore experiments. Hugh Hunter is Dr. FrankenFuck in this sci-fi fisting thriller brought to you from the twisted mind of director Tom Moore. The mad Doctor has created two muscle stud monsters and he’s devised a special treatment that stretches their assholes to the very limits and puts them into submission to get them prepared for life in the real world. His monsters dare not complain when their treatments start as they get cocks, toys, and fists shoved up their blown-out asses. Teddy Bryce is nearing the end of his treatments but the Doctor wants to make sure he’s ready for society. The Doctor whips out his massively thick dick and has Teddy suck it before his slips it into Teddy’s ass. He follows it up with a giant ridged dildo and finally his fist. It’s the sight of the fist that makes the Doctor blow his load all over Teddy’s gaping ass. Later, Teddy wakes up confused and upside down in a laboratory chair. He’s in for his final treatment and this time he gets his rosebud going with two alternating fists up his used-up hole. Pierce Paris is another of the Doctor’s creations, and when the mad scientist catches his assistant, Scotty Taylor, sucking the monster’s cock, Scotty is in for some severe discomfort. The Doctor fucks his assistant before the creature takes over and slides a fist up Scotty’s ass. The sight of his own creation fisting his assistant makes the Doctor blow a massive load all over Scotty’s thirsty face. Then the Doctor walks into his lab to find Scotty eating Pierce’s ass, he gets upset and decides to include Scotty in the treatment. Both hunks bend over the exam table and the Doctor fucks them both with his fists at the same time. Be careful not to offend the Doctor in ‘Dr. FrankenFuck’s Fist Lab’ because you might find yourself bent over and getting his treatment whether you like it or not!