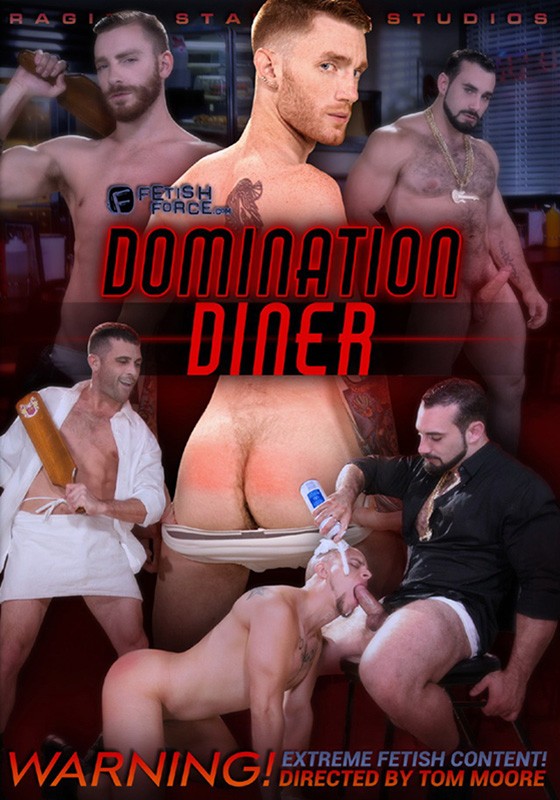 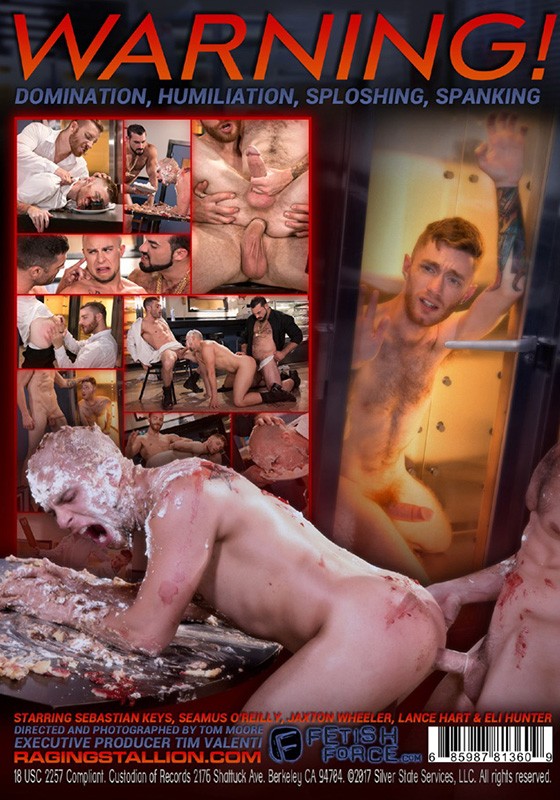 Order up! Head on down to ‘Domination Diner’ for a heaping serving of food, domination, and restaurant worker fetish. New guys get passed around by the restaurant veterans and mistakes are severely punishable with cleaning assignments, hard cocks, and submission. Scott Brent directs this fetish feast, where the food isn’t the only thing on the menu and the employees have a taste for anything goes. Seamus O’Reilly is cleaning the diner when he spots Sebastian Keys watching him from a distance. Sebastian doesn’t let Seamus finish his work and instead bends him over a table, smears cake in his face, and slides his cock inside the diner newbie until Seamus sprays his load all over his own ripped abs. Jaxton Wheeler doesn’t let Eli Hunter forget he’s the boss when he catches Eli dropping pies. Mr. Wheeler and employee Lance Hart teach Eli a lesson when they take turns on his whipped cream filled asshole and Jaxton sprays another type of cream on Eli’s hungry face. After leaving Seamus in the pie cooler, Sebastian finds him jacking off right where he left the new employee. Sebastian wants a second go at Seamus and this time he fucks the ginger’s hairy ass until he blasts a load of cum all over Seamus to give him a giant facial. Jaxton Wheeler teaches Eli Hunter a lesson for fucking up an order of pies. Lance sticks his throbbing cock inside Eli as Jaxton smashes pie after pie in his face. Eli is covered in pie shrapnel as Lance drains his balls in Eli’s mouth. Whether you have a taste for hardcore role playing, food fetish or humiliation sex, ‘Domination Diner’ is the place for you, and this feature serves it all up hot and ready to eat!