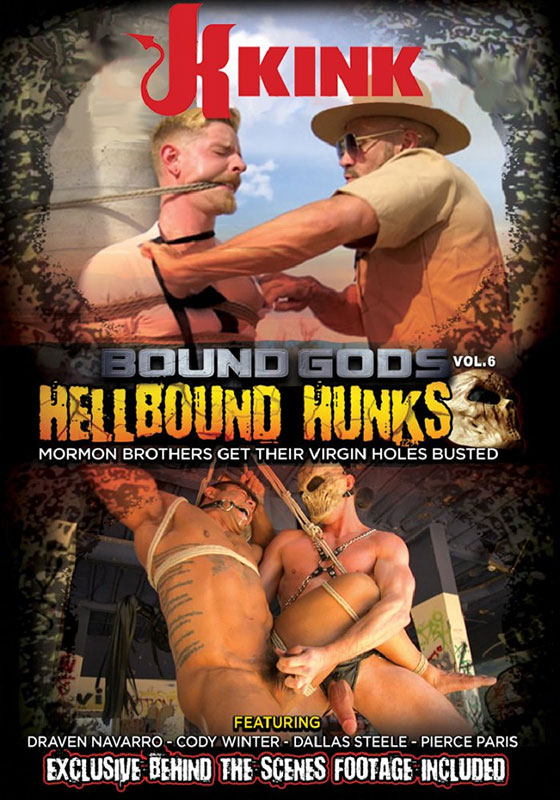 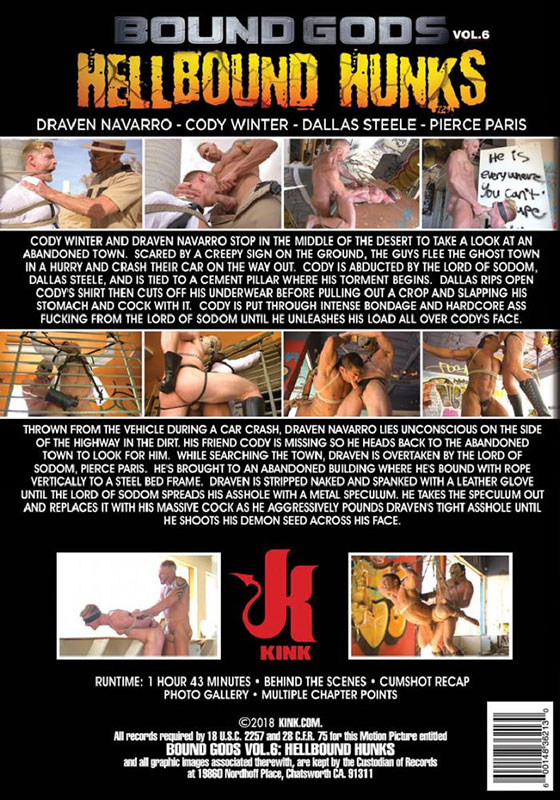 Cody Winter and Draven Navarro stop in the middle of the desert to take a look at an abandoned town. Scared by a creepy sign on the ground, the guys flee the ghost town in a hurry and crash their car on the way out. Cody is abducted by the Lord of Sodom, Dallas Steele, and is tied to a cement pillar where his torment begins. Dallas rips open Cody’s shirt then cuts off his underwear before pulling out a crop and slapping his stomach and cock with it. Cody is put through intense bondage and hardcore ass fucking from the Lord of Sodom until he unleashes his load all over Cody’s face.

Thrown from the vehicle during a car crash, Draven Navarro lies unconscious on the side of the highway in the dirt. His friend Cody is missing so he heads back to the abandoned town to look for him. While searching the town, Draven is overtaken by the Lord of Sodom, Pierce Paris. He’s brought to an abandoned building where he’s bound with rope vertically to a steel bed frame. Drave is stripped naked and spanked with a leather glove until the Lord of Sodom spreads his asshole with a metal speculum. He takes the speculum out and replaces it with his massive cock as he aggressively pounds Draven’s tight asshole until he shoots his demon seed across his face.