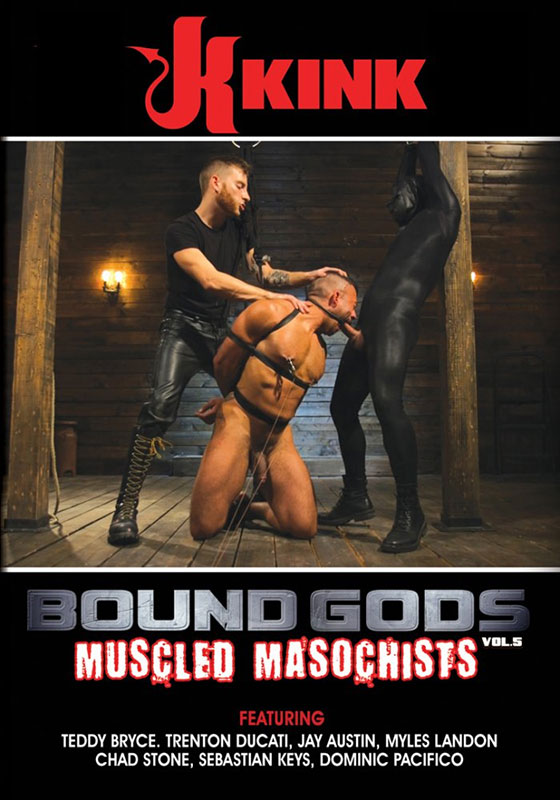 Chad Stone is in for a lot of firsts in his first scene EVER! Chad is chained up in metal bondage and blindfolded as Sebastian preps him for torment. Sebastian drips hot wax over Chad’s body then brings out the leather gimp, Dominic Pacifico. Chad services the gimp’s hard cock then is suspended in the air and fucked until they both blow their loads.