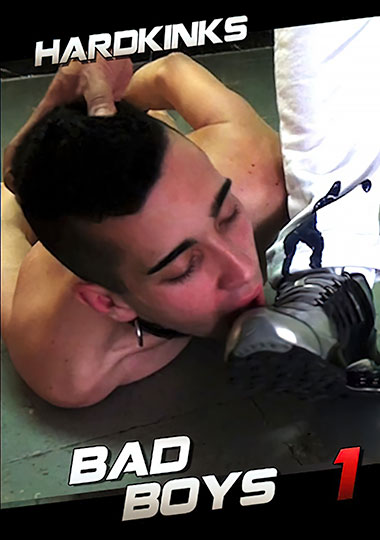 Description:
David has confessed that he has never been fisted. Why does he tell us? We quickly called Angel Garcia to use our new puppy slave and of course, to teach him what it’s like to have a fist inside his ass. Did you know that slave 5 is straight? His Mistress has sent him back to us so we could have some fun. We’ve called Angel Garcia, who does not hesitate to put it in his place from the first minute. They are young, arrogant, cocky, and evil… And what they like above all is fuck up slaves without limits. Slaves are there to serve, for his use and abuse. Are you ready for the most extreme shower? You shouldn’t joke with Ricky Strong. And that will be right clear to Rafa Marko after suffering a good session of humiliation and hard sex, for trying to skive paying the pizza boy. Someone has to teach these puppies who’s the boss! Pure action between 4 of our best studs: Aday Traun, Elio Guzman, Ricky Leon, and Lander Pass. What’s the mission of the Masters? Abuse to the extreme the slaves we’ve prepared for them, this is Hardkinks Bullfight Edition.