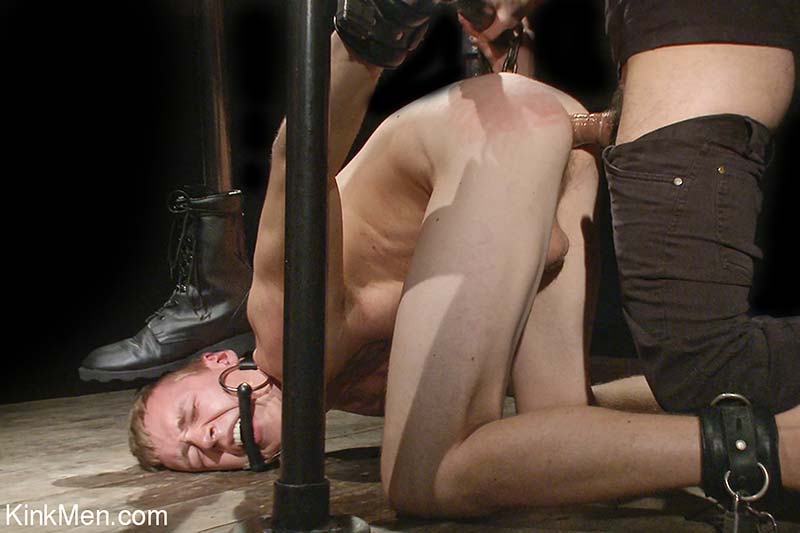 Description:
30 Minutes of Torment returns in full sadistic flourish with straight stud Zane Anders.
THE WALL: Locking Zane to the wall at at his ankles, Van nevertheless puts Zane’s fate in his own hands. He’ll have to hold tight to chains while taking a heavy beatdown, shocking & cropping. If he lets go from the pain & torment, his ass is tormented.
THE PIT: Zane has his big balls squeezed into a parachute tightly anchored to the platform. He must stand perfectly straight as Van unleashes a flurry of hits from the flogger or face double the pain as the parachute pulls his sack to the ground. Van generously lines Zane’s chest in clothespins before making the stud endure the two-handed flogger.
THE GIMP STATION: Zane finds himself rigged face-down, ass-up to rigid pipes, with a boot clamping his face to the platform. Van stripes Zane’s ass & feet red with a cane before the gimp comes to plow his tight ass. As the gimp pumps away, Van torments Zane with his flogger. After the gimp glazes Zane’s ass in cum, Zane gets flipped onto his back & must get hard while Van tramples & flogs his body. All challenges met, Zane finally blows his load.