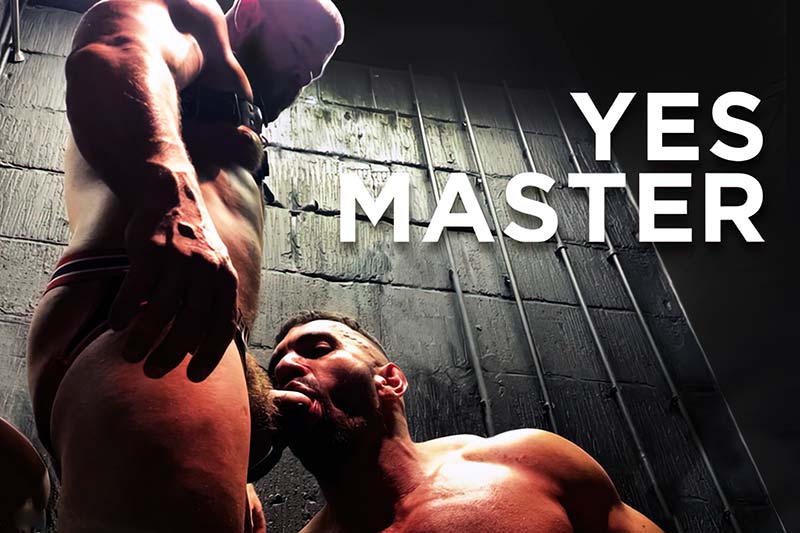 Description:
Scott Wild has Kai Marcos right where he wants him; on his knees in his underwear, bound in a leather harness. Scott grabs Kai by the hair, shoves his cock in his mouth, and fucks his throat. Scott then lifts Kai into the air by the harness. He punches and slaps Kai’s muscular chest and relentlessly squeeze’s Kai’s sensitive nipples. Scott pulls down Kai’s underwear and spanks his ass red and then dives in head first for a taste. In the next scene, Kai is naked on his knees and Scott stands above him and pisses all over his body. After that, Kai is bound on his back with his legs spread. Scott sucks Kai’s dick and licks his asshole just before shoving his own cock deep inside his ass. He fucks Kai’s ass raw and hard until he’s glistening with sweat. In the final scene they jerk their hard cocks together and blow their loads.