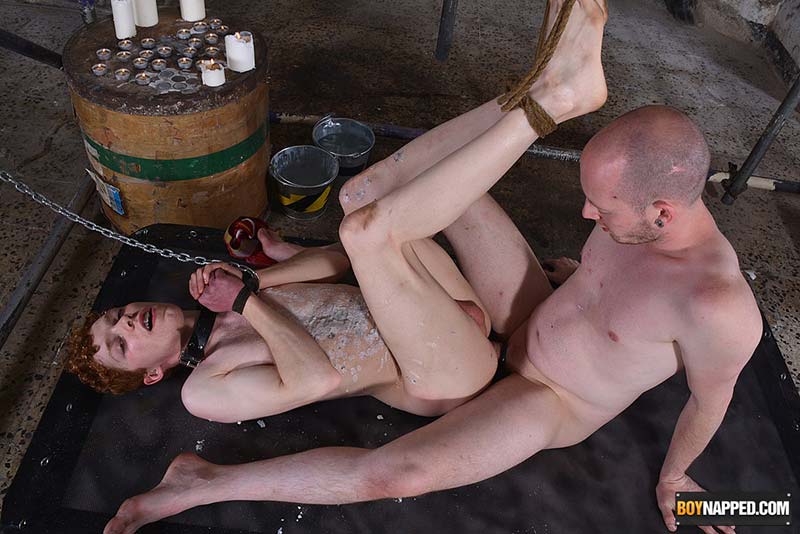 Description:
Little twink Avery can endure a lot, he’s just taken Sean’s big cock and a massive dildo too, while being face fucked on demand, but now it’s time for his master Sean to really have fun with him. Chained down to the rack with his arms and legs tightly bound the boy can do nothing but whimper as Sean eases the electro plug into his hole. The boy has taken some harsh punishment already but he’s soon crying out as the spasms spread through him. The hot molten wax pouring over his delicate little body only makes it worse for him, but if he thinks it’s going to slow Sean down he has another thing coming. His big cock is still needing some warm hole to fuck, which he does with equal determination, building up his load with every thrust into the boy’s aching pucker. Getting the boy onto his side to make his arse even tighter Sean uses him as a fucktoy, humping the boy’s hole until he’s ready to satisfy his needs, pulling out to unleash his thick load in a splashing climax. Don’t worry, Sean isn’t done with the boy just yet, stick around for the final offering.