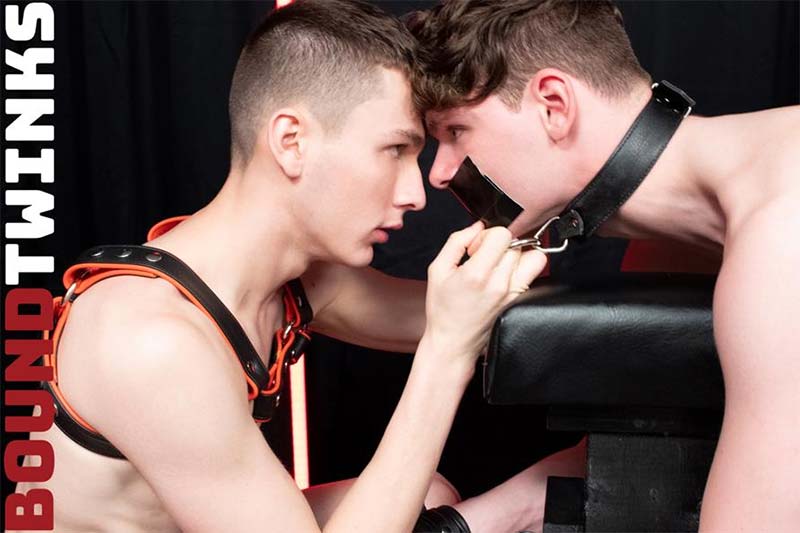 Description:
Ethan had no idea what to expect when he met up with Tyler. He thought the handsome, exuberant young man would be a fun date, even possibly great sex. He had no idea what Tyler was into, but that was part of the fun of the adventure. Ethan didn’t pry, wanting to let the night play out in unexpected ways. He thought, what have I got to lose?
When he found himself bent over a leather riser, bound and gagged in nothing but a black jockstrap, it was clear the night had taken an unexpected turn! He didn’t know what Tyler was going to him and the fear in his chest became more and more intense.
Tyler seemed like such a clean cut, boy next door type. That is until he entered the dark, red-lit dungeon in a black harness, sporting a raging erection and devilish grin. Tyler kept telling him how sexy he was, kissing on his backside and even tonguing his exposed hole. Ethan couldn’t deny that it felt amazing, but he still struggled with the open question: what comes next?
The more Tyler exerted his dominance, the more Ethan found himself more and more aroused. Pressed between the riser and his stomach, his cock hardened and leaked precum. He couldn’t explain it, but he found himself craving the inevitable. He wanted Tyler to fuck him. He even wanted Tyler to breed him. Feelings that were more intense than he would have ever felt had he not been so vulnerable.
Tyler brought his hard dick to Ethan’s mouth, giving the helpless twink the first taste of the rough stud’s tool. It surged to the back of his throat, making him gag and choke and drool all over. But instead of resisting, he just tried harder. He found himself wanting to please Tyler. Tyler! His captor! And when Tyler leaned down to kiss him, he returned the gesture…