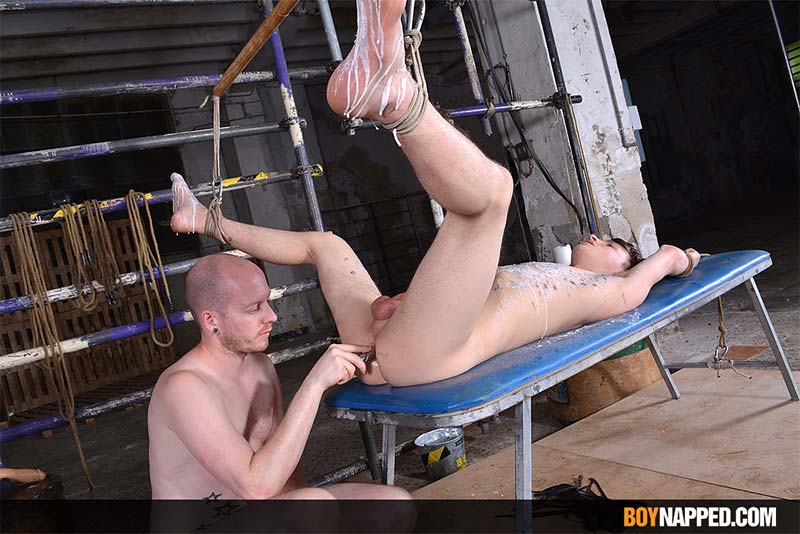 Description:
Young Taylor probably guessed that all those candles around in part one, when chav lad Sean was using his feet to wank off, would come in handy soon enough. There’s more to it than that for the poor boy, though. With a beam from above lifting the boy’s feet his tender little hole is exposed, and you know devious Sean can’t resist using some of his favorite toys in a snug little pucker. With the pain of molten wax spilling over the boy’s naked body from above ebbing away the pleasure begins, first with a thick probe, then a fat dildo, and a brand new power tool Sean just got his dirty hands on. It’s amazing to see that hot little rump being so well used, but we already know this isn’t the end of the torment for the slim and smooth boy. Sean splashed his load in part one, but he’s not gonna be done until he’s made this boy squirt too. Stick around for the third and final part of this domination play session!