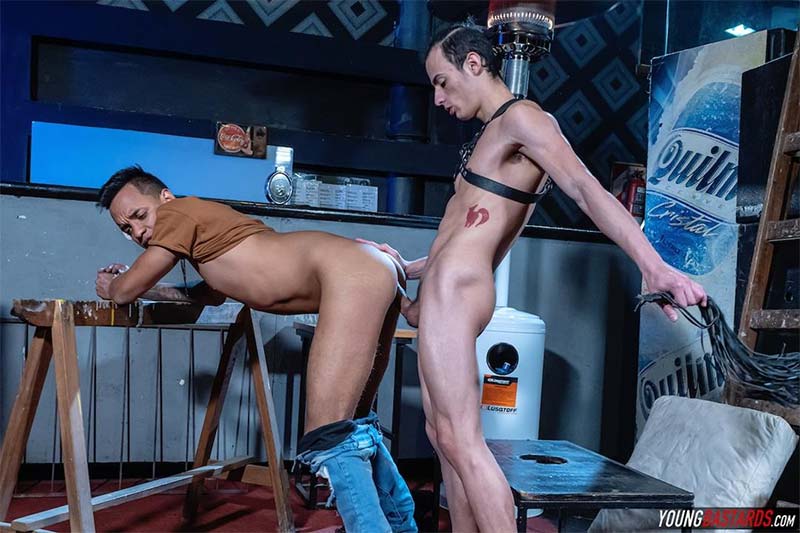 Description:
Roped up and ready to be used young Giorgio struggles to free himself, but it’s too late for that. Sly is soon on the scene and ready to play, revealing his hard uncut cock from his pants and getting the boy’s mouth on his meat. Obedient Giorgio has clearly done this before, he slobbers all over that dripping dick and takes some hard face fucking before kinky dom Sly bends him over and gives his smooth little twinky ass some flogging. With his boner rigid and ready he eases his naked meat inside and gets to work, using the boy’s warm hole for his own pleasure. With those first thrusts the boy eagerly slides back down on that dick when he gets the chance to ride, taking them both to a creamy finish that sees the boy furiously wanking his own cock while Sly spews his hot milky seed all over Giorgio’s face. The taste of cum as he sucks that spent meat clean is enough to have him splashing his own warm goo moments later in a messy display.