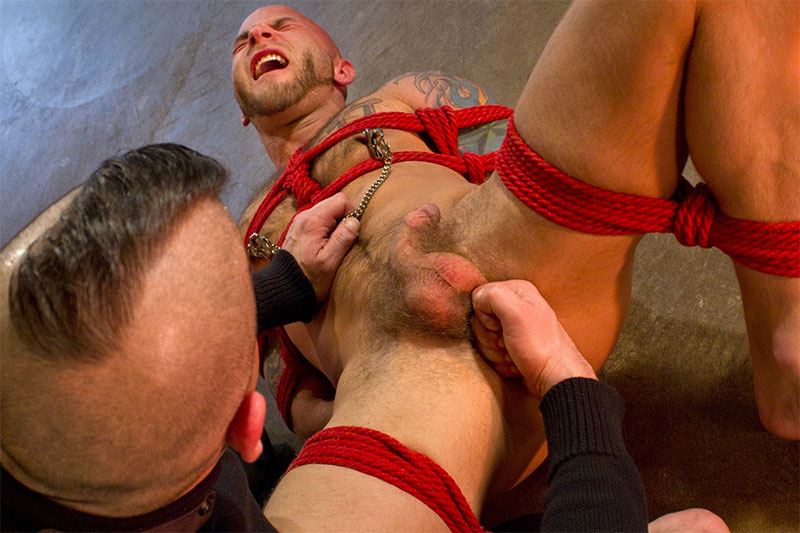 Description:
A red metal locker rests above a cold concrete floor. The concrete is just that, offering its surface to not only the locker but a bound Drake Jaden, who is lying tethered and hogtied in rope. It is apparent that Drake is trying to get loose; however his efforts seem done with a faint lack of sincerity. The tattooed young muscle cub continues to his fight for freedom, writhing and squirming across the floor while moaning in restraint. The boys cock begins to get harder and harder, and slowly but surely we hear his moans of frustration turn to moans of pleasure, especially when Tony Buff enters, and reminds Drake why he is tied up in the first place. Nipple clamp tugging, ball torture and slapping only further display Drake’s descent into submission, and alternately Tony’s steady, smooth and empowering ownership of the boy needing to be put in his place. The scene is drafted in a trough of rough and raunchy fuck talk while Tony takes control of the muscle stud from top to bottom, back to front. Hard fucking, sloppy sweaty sucking, and messy wads from their huge cocks. The Chemistry between Drake Jaden and Tony Buff is undeniable in this scene and for two reasons: they both know their roles and they both play them to their finest.