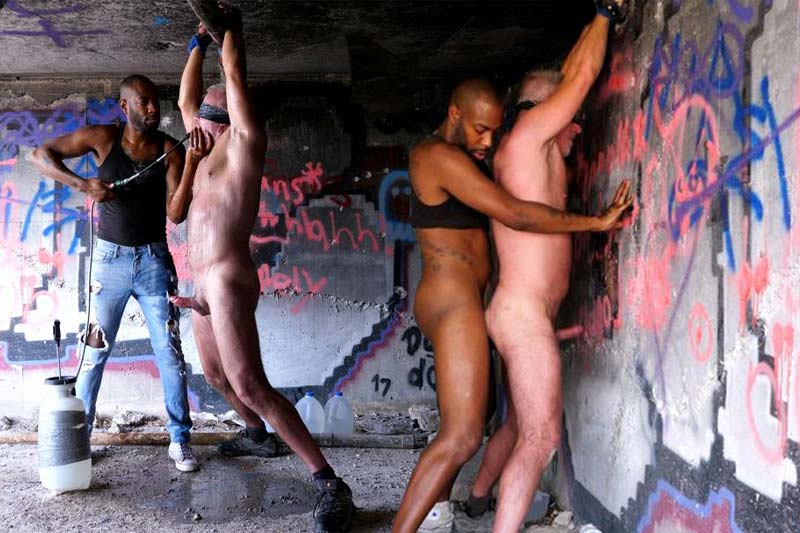 Description:
Dale Savage owes somebody a large some of money. August Alexander has been sent to persuade Dale to pay up. Dale finds himself naked and blindfolded under a freeway, cuffed to some pipes above his head. August holds a hose connected to a water tank. He pumps it a few times and sprays it in Dale’s face, asking when he’ll pay back his debt. August takes Dale down to his knees and Dale sucks his big hard cock in exchange for his freedom. August pisses in his face and Dale continues sucking. Dale gets cuffed to the pipe once more and August presses him against the graffiti filled concrete wall and shoves his huge cock in deep in Dale’s ass. After August fucks Dale’s ass hard and raw, he cums on his face.