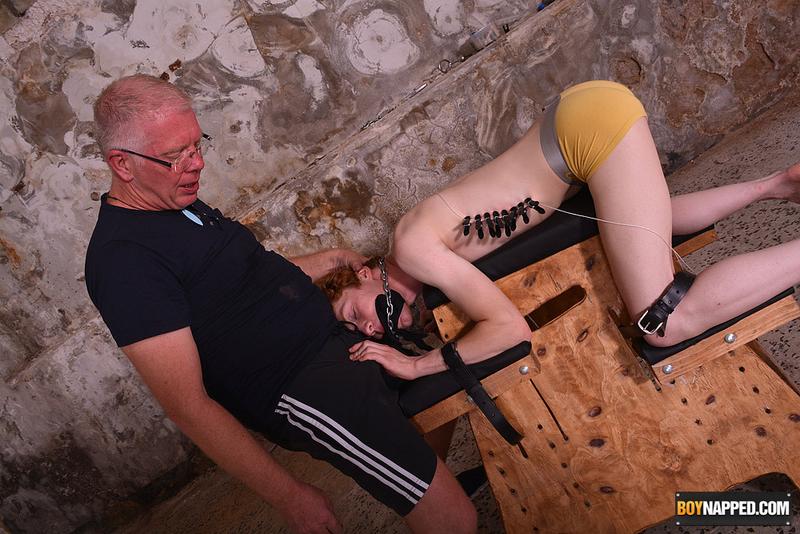 Sweet little Avery really surprised Master Sebastian in his first 4K video, getting hard in his underwear while being flogged and having his nipples played with. Of course, he wants to explore a little more with the twink, and strapping the lad into the kneeling bench is the best way to get it. He reveals his hard cock for the boy to taste and Avery shows off his greedy sucking skills, then it’s time for Master to break out the pegs. Avery is loving it, softly moaning in appreciation of the pain and pleasure. With his underwear ripped open and his arse on show Master slips a finger in, playing with the boy’s big balls. The boy loves having his tight little pucker played with, fingers easing in and out, followed by a metal hook chained up his back! The pin wheel on his arse cheeks and feet really gets the boy animated, but there’s not much he can do but moan through the gag. Finally he’s released from his kneeling position and allowed to progress to the final stage, and you’re gonna want to see that!