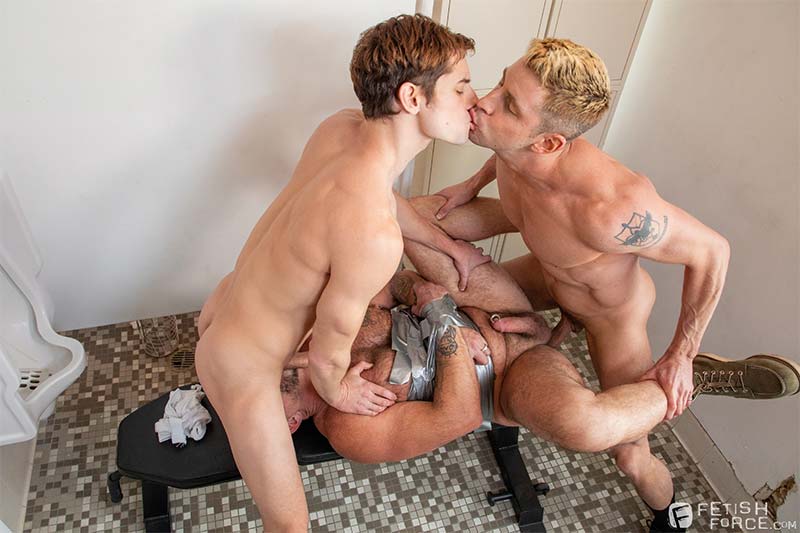 Description:
After taking control over Jack Dyer, Johnny Ford and Taylor Reign tape Jack to a chair and gag his mouth with an old sock. With the tables turned, Jack is helpless as Taylor and Johnny shock Jack with an electric wand. The punishment doesn’t stop there, and Johnny slides his cock in Jack’s hole while Taylor feeds the taker his long cock. When Jack gags it only makes the boys drill their cocks in deeper. Switching positions, Taylor lines up with Jack’s pre-stretched hole and sticks his cock all the way in. Johnny holds Jack down and keeps him quiet while Taylor fucks his tight hole. Switching it up one last time, Johnny slides back into Jack’s ass as Taylor unloads into Jack’s mouth while he holds it open. Seeing Taylor bust in Jack’s mouth sends Johnny over the edge and he paints his Jack’s hairy ass with warm jizz. When they’re done, Johnny and Taylor take Jack the same way he took them.