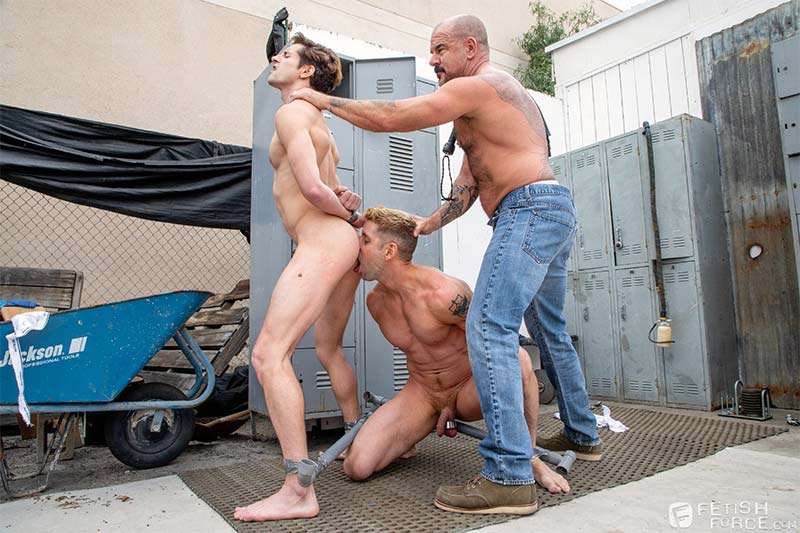 Description:
Fellow home improvement customer Jack Dyer spots Taylor Reign wandering around by himself and follows the unsuspecting hunk to his car where Jack makes his move and takes Taylor. Once in the truck, Taylor is strapped down next to Johnny Ford and both are led to a hidden location. Striped to their underwear, mouths covered, hands tied behind their back and cocks locked in cages, Jack explains to the boys he’s their master. Jack starts out by teasing Johnny’s nipples that are clamped before flogging Taylor’s caged cock. After spinning his hostages around and flogging them both, Jack instructs Johnny to get on his knees and shove his tongue up Taylor’s hairless hole. Now that Jack has heated things up, he puts both studs on their knees so they can service their master’s long pole. Wanting to make it out alive, both Taylor and Johnny do as their told, deepthroating Jack’s pierced meat until he blows a load on both of their faces. In the end, the captive sees their opportunity to escape and their taker gets ‘Taken’.