Skip to content
Stretching A Young Ass With Two Cocks 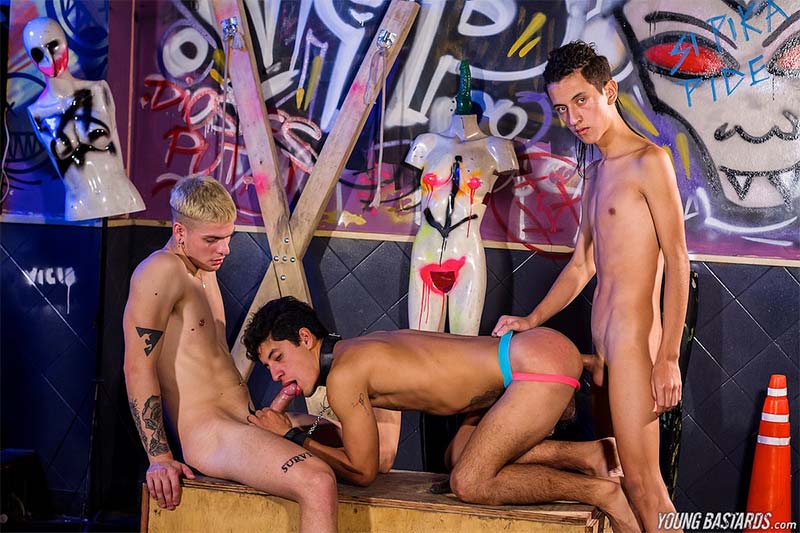 Description:
Neil might not have known he’d be the entertainment when he found a sex den with his buddies Andreas and Will, but he’s under no illusions when the boys turn their attention to him. With a collar around his neck and his thick cock out of his pants the two are ready to play, and they both know how to use a friend like him to the limit. With some spanking of his plump ass and two hard cocks to suck Neil is surprisingly willing, but he might not be ready to let them both fuck him. With a dick in his face and a tongue up his chute the boy is led to the ultimate in submission, taking a fucking from behind. The boys love a tight pucker, slamming their naked cocks into him one after the other, but he’s still not quite tight enough to please their dicks. The guys double team him, cramming their cocks inside his hole at the same time, rubbing their shafts together inside his warm hole until it’s too much to take. Neil submits to the ultimate humiliation as his friends wank off in his face, drenching him in hot cum. With semen in his mouth and dripping down his body he strokes out his own load, pumping a hot mess all over.