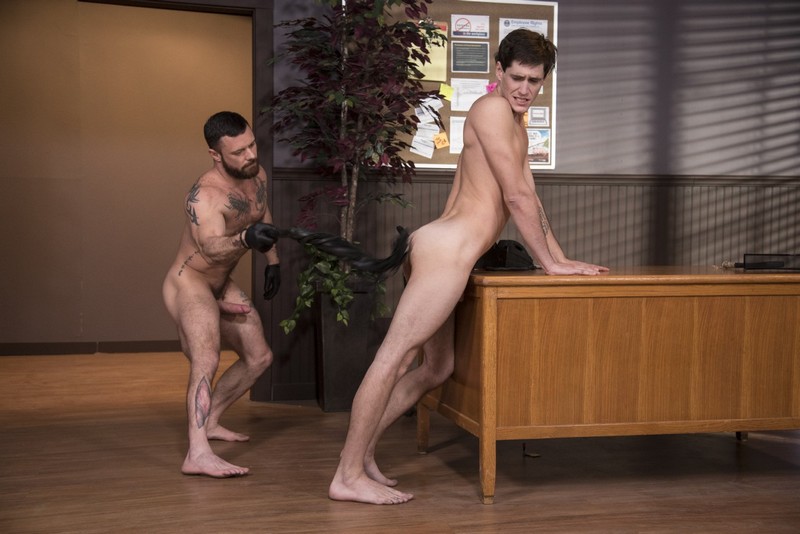 Sergeant Miles leads employee Tony Orlando into his office by the neck and bends him over his desk. Sergeant is determined to discipline Tony for his choice of inappropriate underwear in the workplace and puts on his rubber gloves to spank Tony as hard as he can. The spanking isn’t quite driving the point home to Tony, so Sergeant grabs a flog and continues with his lesson. When the boss is convinced that he’s finally getting through to Tony, he lies back on the desk and has Tony hop on to ride him deep. Tony takes Sergeant’s massive cock like a champ deep up his bruised ass as his own big cock and balls flop up and down with each bounce. Sergeant can sense that Tony is getting tired and isn’t ready to let him off the hook just yet. Sergeant takes control one last time and bends his exhausted employee over the desk to finish up his training. He pounds away on Tony’s used hole until he’s ready to explode. Sergeant shoves his gloves into Tony’s mouth and jacks his throbbing cock onto Tony’s face until he unleashes his load, soaking the used-up employee with buckets of cum. Tony has learned his lesson and now knows his place in the office.