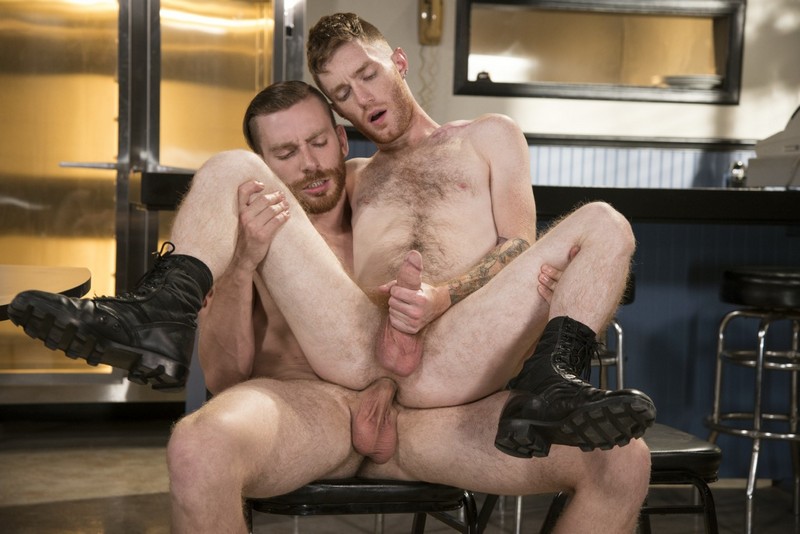 Sebastian Keys comes back into the diner after fucking Seamus to find the new employee right where he left him in the pie cooler. With Sebastian outside, Seamus got bored and started jacking his big stiff rod. Sebastian isn’t done with Seamus just yet and pulls him out of the cooler, bends him over his lap, and spanks his hairy ass. Sebastian knows he wants a second round with Seamus and makes his subordinate get on his knees to get his dick hard with his mouth. Seamus does his duty and chokes on Sebastian’s growing cock. When Sebastian is hard and ready, he bends Seamus over and makes him sit on his throbbing dick. Sebastian goes balls deep inside the tight ass for a second time in one day, and this time he’s not going to relent until he blasts a load and gets his own satisfaction. Sebastian knows that he can get a little deeper inside the ginger hunk and bends him over the restaurant chairs to plow him from behind. After fucking him hard and slapping his ass, Sebastian pulls out and slathers Seamus’ face with thick white cum. When Sebastian has had his way, he locks Seamus and his cum covered face back in the pie cooler and leaves him alone once again.