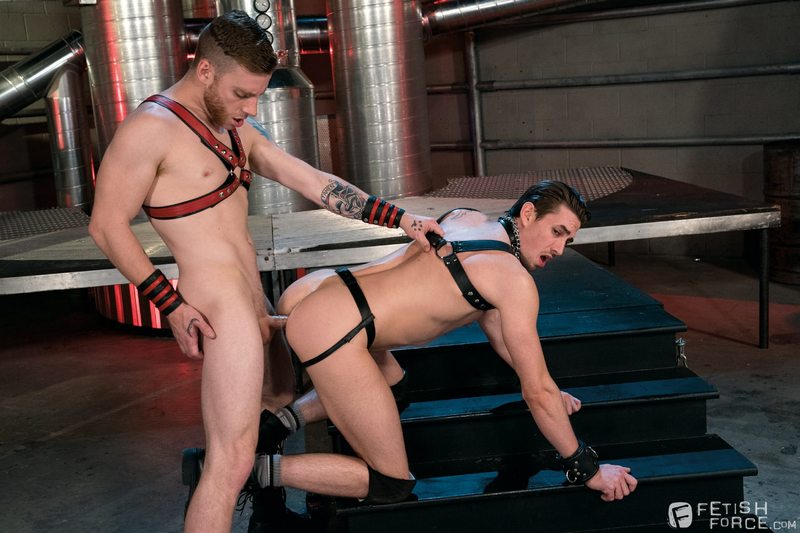 Hunky Jack Hunter defers to his Sir, Sebastian Keys, when it comes to picking out toys. Sebastian chooses a flog to start and is relentless on Jack’s smooth ass until it’s a deep shade of red. Just when Jack isn’t sure he can take any more, Sebastian grabs Jack’s leash and pulls out his riding crop to continue his barrage of belts to Jack’s bare skin. All the domination has made Sebastian rock hard and ready to fuck. He spits into Jack’s gaping hole to lube it up and then sticks his cock in to fuck Jack just the way they both like it. Jack moans as he continues to get railed and chomps down on the riding crop like a bit. Sebastian keeps pounding in and out as Jack eagerly takes it from behind. Sebastian wants to give Jack a taste of everything he has to offer and takes a break from the ass pounding to throat fuck his slave. Jack gags and chokes as Sebastian’s solid cock reams his face. Sebastian gives Jack one final treat of letting him lick his Master’s sweaty asshole before Sebastian goes back in to stretch Jack out again. He throws his sub down onto a table and plunges his hole until he’s ready to blow. Sebastian gives one final moan as he pulls out of Jack’s used up ass and shoots his thick load all over Jack’s giant balls.