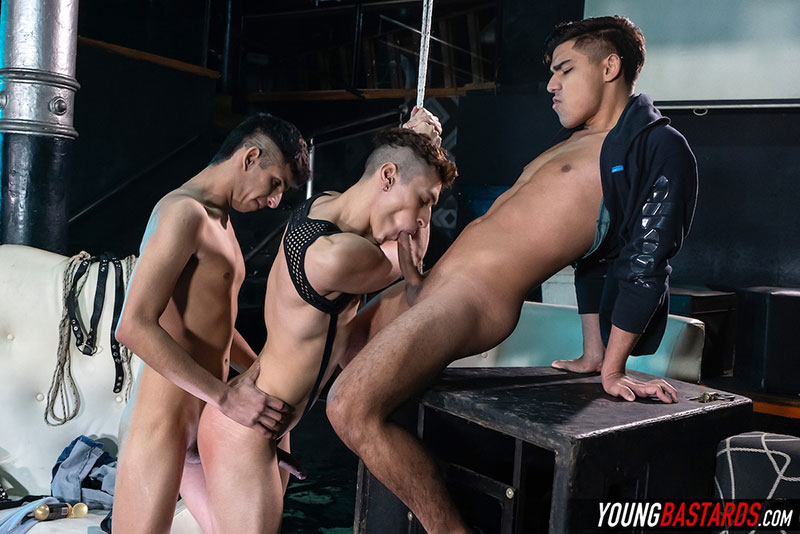 Description:
Sonny can’t defend himself when rough lads Felix and Fabrice arrive to find him chained up and hanging like a piece of meat. After inspecting the goods and playing with his plump ass the boys are getting their hard uncut cocks out, taking turns to use their new boy toy between them. Sonny might have been reluctant at first but with one wet dick dribbling tasty pre in his mouth and the other fucking his perfect little ass he’s soon compliant enough to be released for some good riding, the dom boys spit-roasting him between them until they’re splashing his ass and mouth with cum and making him spew his own hot mess.