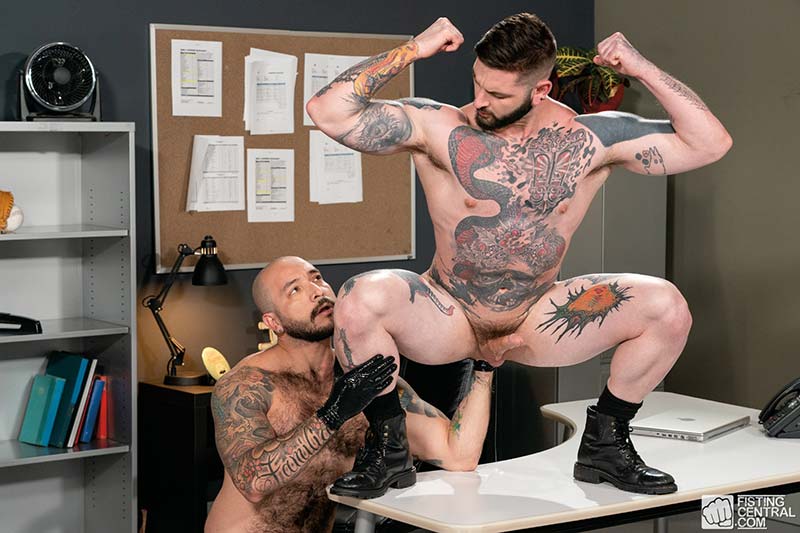 Description:
Julian Torres shows up late to a meeting to find his boss, Teddy Bryce, jacking off at his desk. To show how sorry his is for his tardiness, Julian gets on his knees and sucks his boss as he plays with Teddy’s hole. Julian can’t resist taking a taste of Teddy’s ass and rims the stud to warm him up for what’s about to come. Teddy needs more than just a tongue and begs for Julian to give him something a whole lot thicker. Julian knows what Teddy needs and snaps on his gloves before he glides his fingers and then his hand deep into his boss. Julian opens Teddy’s gaping hole even wider as he slides in past his wrist to wreck Teddy’s hungry asshole. Teddy loves it all but wants to go even deeper as he stands up and squats down to ride Julian’s fist. The pleasure is out of this world for Teddy but now Julian wants to take control one last time. Teddy lies down on his back and lets his employee do the rest of the work. Julian goes faster, slamming and stretching Teddy’s busted hole until his boss sprays his load all over his tatted body. This might just be the break that Julian needs to climb the corporate ladder and get the promotion he deserves.