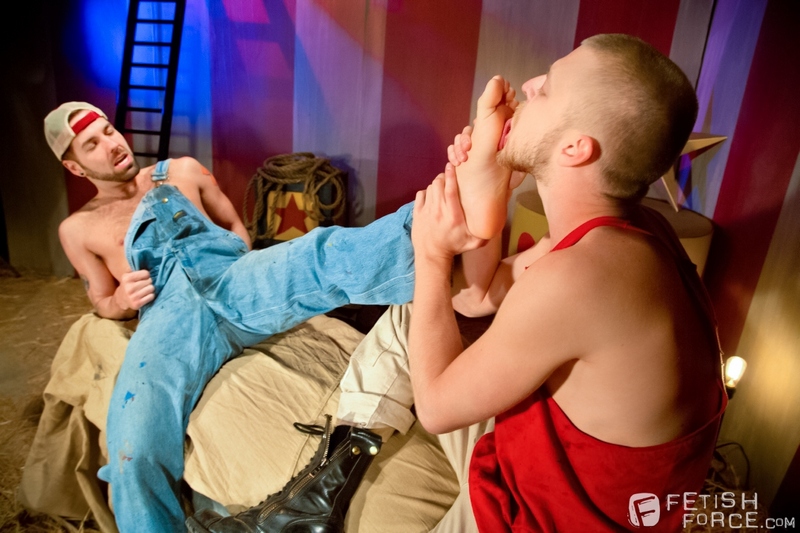 Preston Steel, aka Meatbag, is drop-dead tired at the end of the day. The top of his coveralls flaps down as he swings his legs onto Logan Stevens’ lap for a foot massage. We see a pink nipple the size of a dime and intricately patterned chest hair that swirls sexily up to his neck and shoulders. Logan knows a thing or two about feet, like which trigger points to press to give a guy an erection and the sensuous benefits of sucking toes. Working his tongue around and between Meatbag’s toes and pressing hard into his arch gives the Meatbag a boner, and he wonders if Logan’s sucking skills extend to cock. Off come the coveralls to expose a juicy fat rod with a thick bush. Logan peels off his tattered shirt and pushes his pants down as his knees hit the ground. Jacking his own dick, Logan sucks and slurps until Meatbag’s cock is buried in his throat. The clenching of his throat muscles around the head of Meatbag’s cock quickly produces an orgasm that bastes Logan’s entire face with jizz.