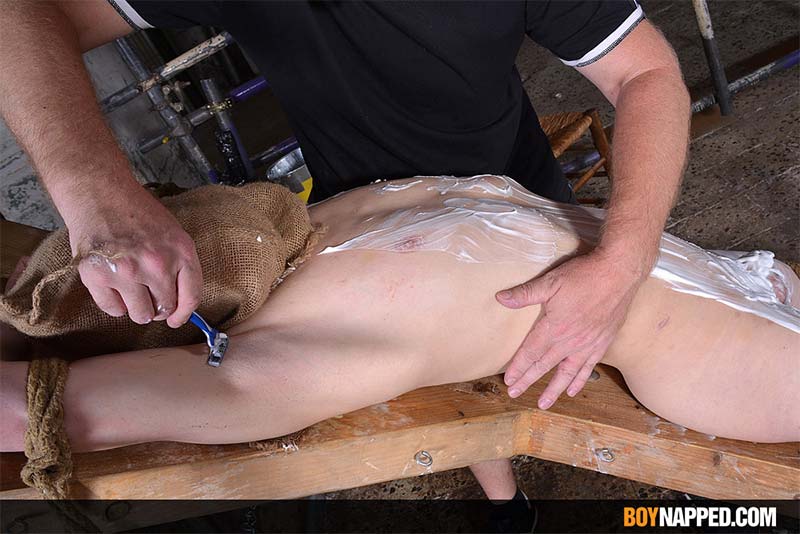 Description:
While Master Kane usually likes to have his own way with the boys now and then he likes to prep a twink captive for one of the other mean lads to enjoy. That’s the case with gorgeous little Taylor in this session of kinky play. The boy is naked and vulnerable, the hood over his head, unable to flee while Master secures him to the cross. He doesn’t know what’s in store for him but he must have a clue when Master smears shaving foam under his raised arms and all over his cock and balls. Meticulously shearing the boy he cleans the twink up, removing all trace of masculine fur and making the boy smooth from the neck down. It’s a wonder Master refrained from wanking or sucking the load out of the lad, but maybe he’ll save that for after Sean has had his way with the twink in part 2.