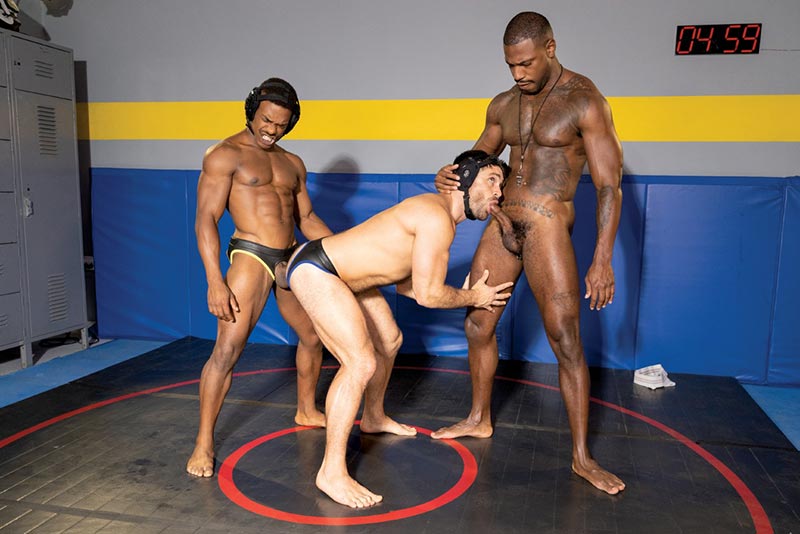 Description:
Referee Reign knows that it’s going to get intense on the mat today, but he’s ready for anything wrestling hunks Beau Butler and Adrian Hart have to throw at him. Wearing only headgear and some barely-there underwear that shows off their assholes and hard cocks, the jocks forget about the physical competition two rounds in and start filling each other’s holes instead. Deep moans come from Beau as Adrian hits him from the back and as the jockstrap-clad ref stuffs Beau’s mouth with his sweaty dick. Now completely naked, Reign barebacks Adrian’s ass as both Adrian and Beau stroke themselves until they’re shooting loads all over Adrian’s body. The ref continues to pump his long cock inside of the muscular wrestler until he breeds his smooth ass and covers his insides in a heavy coat of his seed.