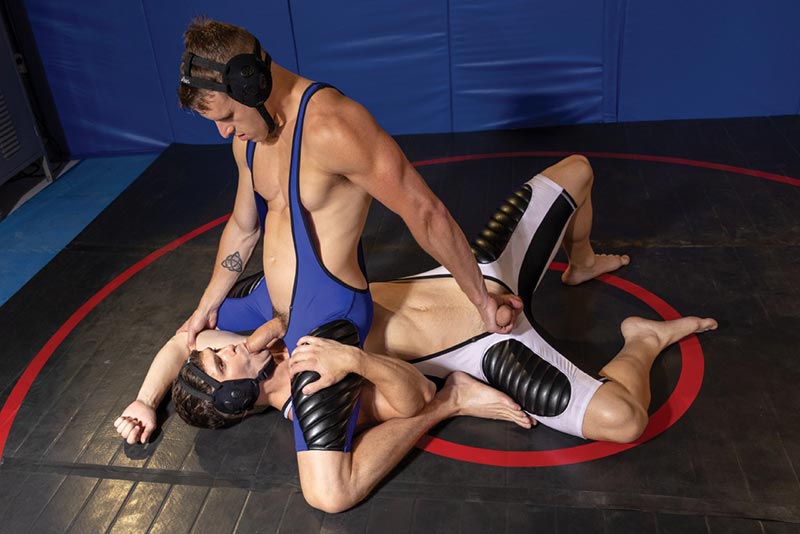 Description:
Wrestling stud Shane Cook is dominating Devin Franco throughout their match. After four intense rounds of the men grabbing each other’s sweaty bodies, a satisfied Shane sits his muscular ass on Devin’s chest as his girthy dick spills out of his uniform. Devin, wearing only a white singlet that’s covered in filth and grime from all the hardcore roughhousing, opens his mouth to take Shane’s victorious cock as Shane reaches his hand down to expose Devin’s hard dick. With Devin naked and completely exposed, Shane buries his face in Devin’s thick bubble butt. Once Shane’s tongue has explored every portion of his hole, the wrestling champion begins swallowing Devin’s stiff dick. Devin palms Shane’s head, pumping himself in and out of him until he erupts and breeds Shane’s mouth. A drained Devin then turns around so Shane can empty his mouthful of cum all over Devin’s wet hole.