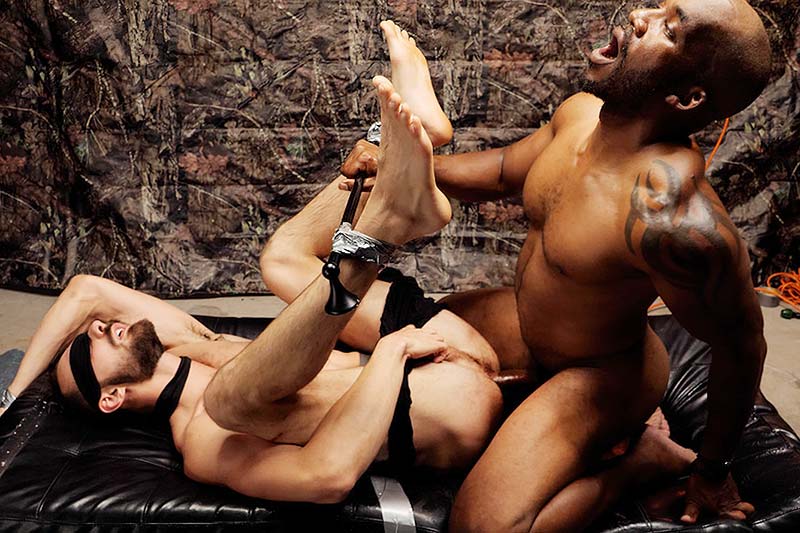 Description:
When Johnny B gets caught spying on Smash Thompson’s sister through her bedroom window, Smash grabs Johnny and takes him to his basement. Smash secures Johnny to a leather couch with duct tape, naked on his back. A spreader bar holds his ankles apart, and his arms are taped to a heavy dumbbell. Smash pours water all over him and then shoves his huge cock down his throat. Johnny gets scared and pisses all over himself. Smash sits on Johnny’s face and gets his ass eaten, getting his massive meat rock hard and ready for Johnny’s tight asshole. Smash shoves his cock inside Johnny’s asshole raw and fucks him deep and hard, making Johnny cum.