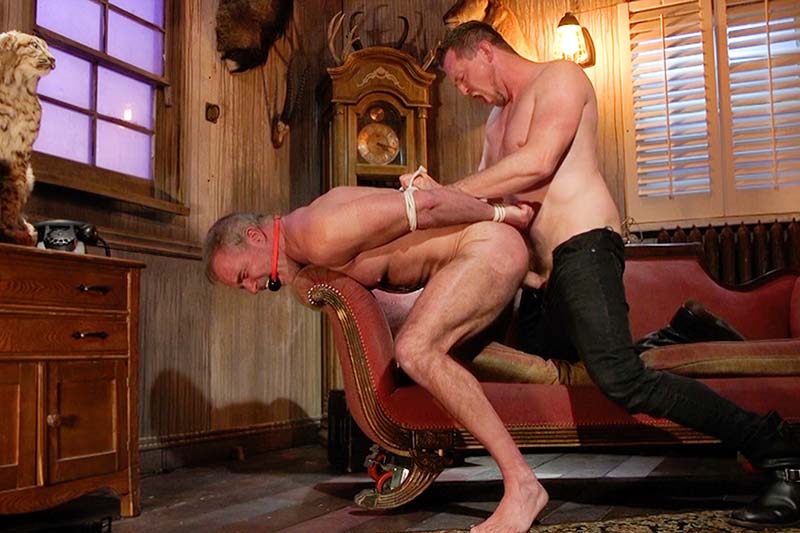 Description:
Pierce Paris and his Step-Dad, Dale Savage are back for part two. Pierce shoves his big hard dick down Dale’s throat, getting it nice and wet and ready for his reluctant asshole. Pierce spanks Dale’s ass with a belt and with his hands and then spreads his cheeks. Pierce sinks his big meaty missile deep into Dale’s hole and fucks him hard and raw. Dale gets flipped onto his back and Pierce spreads his legs to give him another deep hard fucking until he blows a huge load down Dale’s throat.