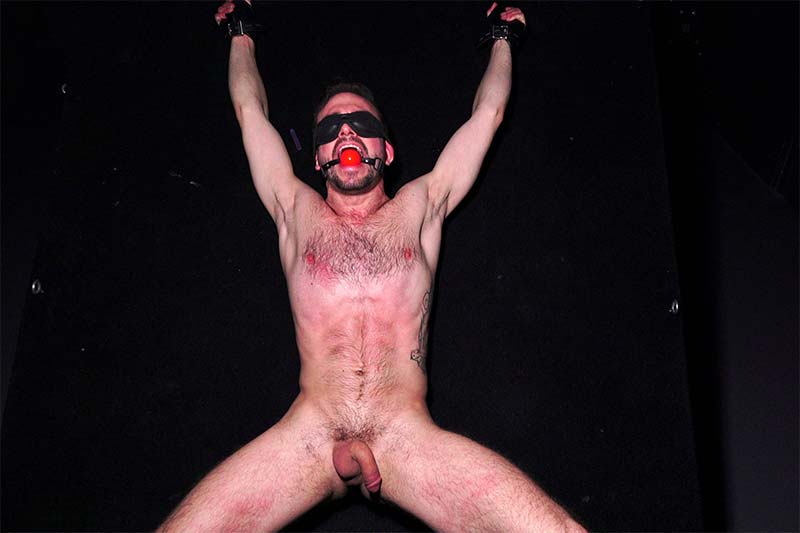 Description:
Young Noah passes out after what seems like hours being stretched on his back. He regains consciousness, still spread-eagled on his back, but now, in addition to the blindfold over his eyes, a ball-gag has been shoved in his mouth. He can’t see the man in black standing only feet away admiring his body, lit to highlight his lean muscles. Suddenly, the top of the table rises from the ground! Noah, terrified, hangs from his wrists on an incline, his athletic body stretched by his own weight. Then a leather flogger hits his flesh. It feels like he is being punched and slashed at the same time. Noah screams through his gag, writhing in agony, never knowing when or where the whip will strike next. The man in black loves every minute.