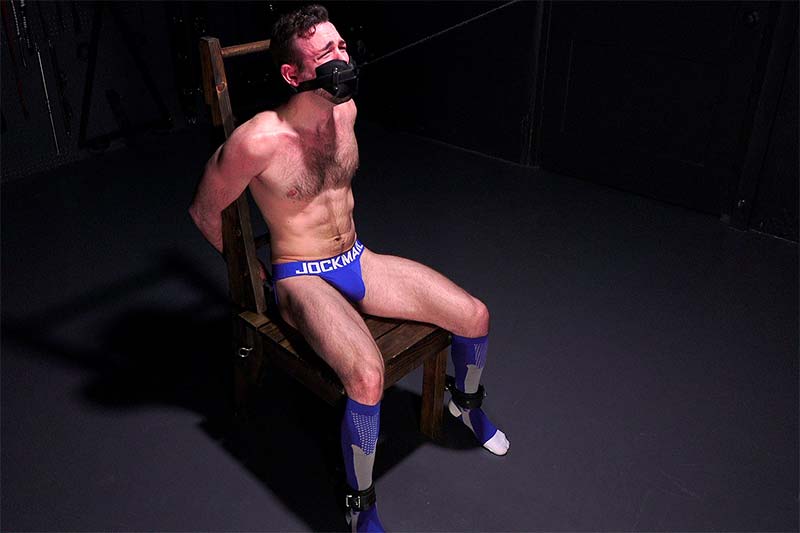 Description:
Noah Evans has remained locked in our dungeon for a year, fed light rations and forced to exercise to keep lean and fit. He has been fucked by hundreds of men who have paid for the pleasure, but no one has beat, burned and tortured him like Grant Dixon did when he first arrived. Until now. Noah, whose body hair has grown back, is gagged, naked but for a jock and knee-high football socks – obviously his new top’s fantasy – and bound to a chair. Alone for hours, he dozes off but wakes up – with a look of terror on his face – when he feels his head being lifted by a rope attached to his gag. He sees a shadowy figure, dressed in black, in the corner of the room, holding a whip. He whimpers through the gag, begging for mercy with his eyes, but he knows he is about to be tortured. He is right.