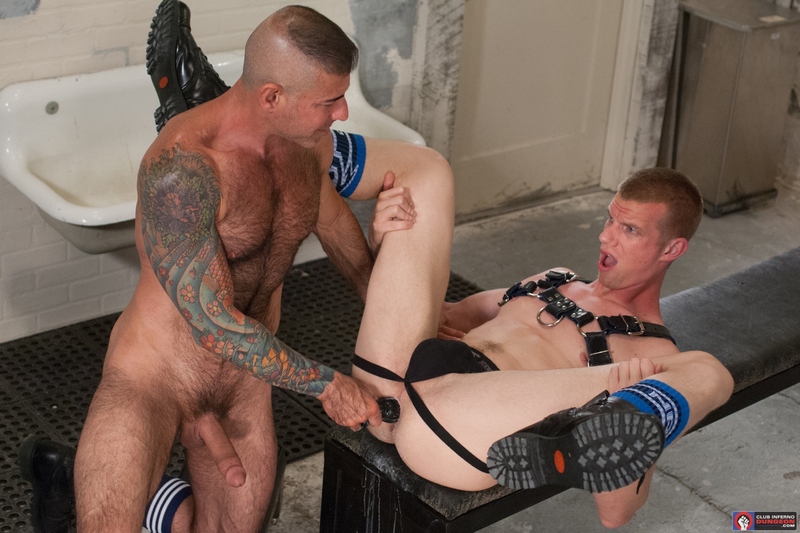 Blake Daniels, a tall, smooth pig-bottom, needs his ass worked over by a hairy, masculine top so he calls his fuck-buddy Nick Moretti. Blake shows up with a bucket of his favorite toys and the game is on! Nick takes a bullet-shaped buttplug and pushes it in Blake’s hole who pushes it out with such force it flies across the room. Nick’s amused but he wants to punish Blake’s tight hole so he grabs the inflatable and works it in his ass. The more Blake objects the more Nick inflates the insidious toy until Blake’s hole is stretched wide open. Nick strokes his own thick long cock while massaging Blake’s prostate with the huge dildo until Nick blows a juicy white load.