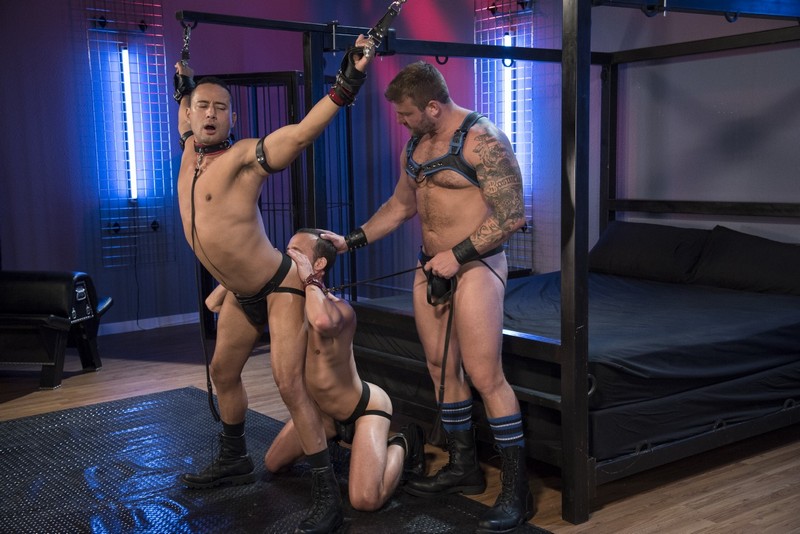 When Nate Grimes gets home he finds a note from his master, Colby Jansen, instructing him to come over with his buddy, Gabriel Dalessandro. Colby has planned his session for the two guys and readies his dungeon by carefully laying out his various leather toys. The guys show up hard and ready for Colby in their jocks and collars and give themselves up for anything that Colby desires. The Master starts off slowly by securing Gabriel’s hands and having Nate rim his asshole. Nate is told to come around to Gabriel’s front side and when he sucks Gabriel’s cock without permission, he gets a spanking. When Colby is satisfied Nate has learned his lesson, he relents on the punishment and lets Nate suck all the cock he wants. Colby is ready to dole out some pleasure and sits down behind Gabriel to give him the flogging of his life. Gabriel’s experience is pure sensory overload as he gets flogged while having his dick sucked. As a reward for their good behavior, Colby allows the two slaves to suck his dick. Happy to be giving their master some attention, the cocksuckers work their magic and bring Colby to the brink of blowing a giant load.