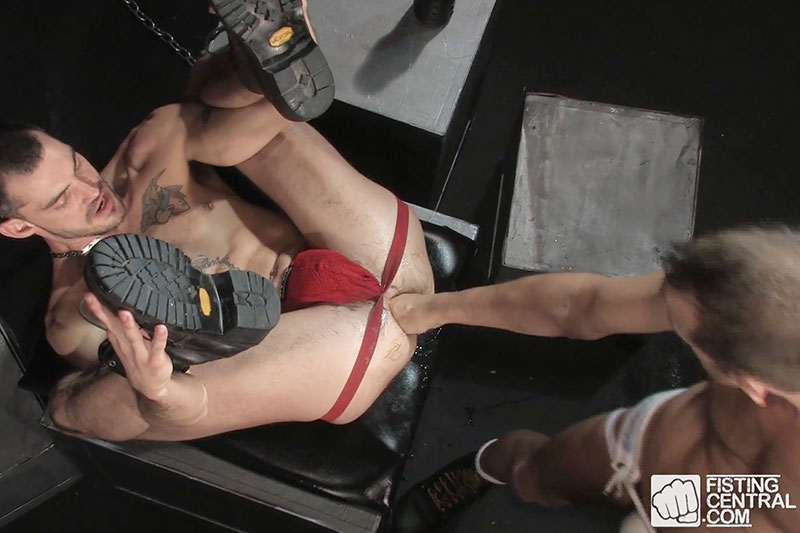 Description:
Caedon Chase, the ripped tattooed piggy wearing his red jock, is on all fours ready and eager in the dark pleasure dungeon. The striking master Michael Brandon clad in a jockand cup gets right into the action by slipping his soaking hand into Caedon. Skillfully pleasing his stud puppet with constant strokes, Michael twists and punches as his boypushes back wanting more. The intensity in Michael’s eyes grows as his subject writhes in ecstasy and exposes his enlarged, rosy sphincter. Caedon stands providing Michaelwith an eye level view of his hairy ass, and serves the stud with quick, rapid-fire mini punches that hit Caedon’s target causing him to let out loud approving moans. On hisback and holding his combat boots in the air, Caedon thanks Michael with a perfect view of his gaping hole and allows Michael to reach in deeper with quick forearm thrusts, that send inspire grunts of pleasure from the approving Caedon.