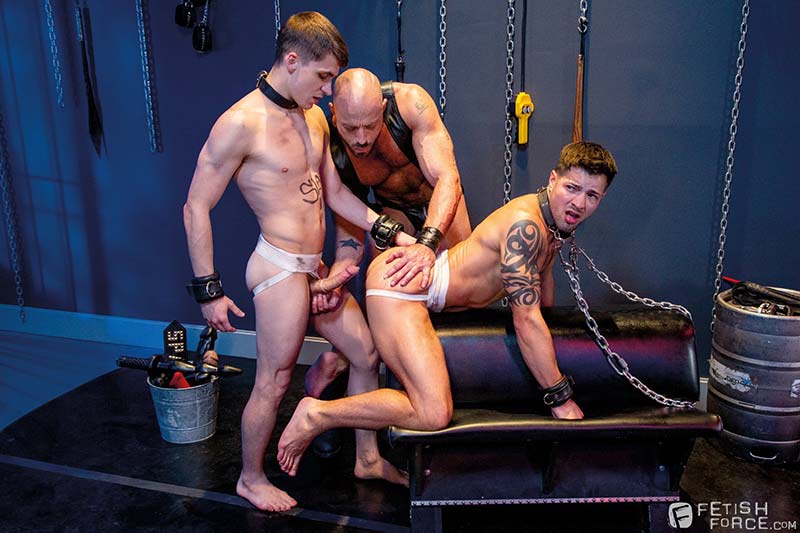 Description:
Jessie Colter keeps Casey Everett and Kory Houston locked in a cage together and only lets them out to teach them how to be good slaves. Lesson one is flogging, and Jessie pushes his slaves to the limits when he binds their hands over their heads and gets to work flogging his slaves. When Jessie is convinced his slaves have had a good lesson, he moves onto lesson two: face fucking. Jessie rigs Casey to a bench with his hands restrained and a clamp on his balls. It’s time for Casey to learn how to take a dick down his throat. Kory face fucks the eager slave until Jessie decides it’s time for the third lesson of rimming. Casey gets chained bent over as Jessie teaches Kory how to eat an ass. Jessie and Kory take turns opening Casey’s hairy hole before Jessie moves into the final lesson of fucking. Kory stands up and fucks Casey hard, pounding with a relentless pace until he blows his big creamy load all over Casey’s used-up ass.