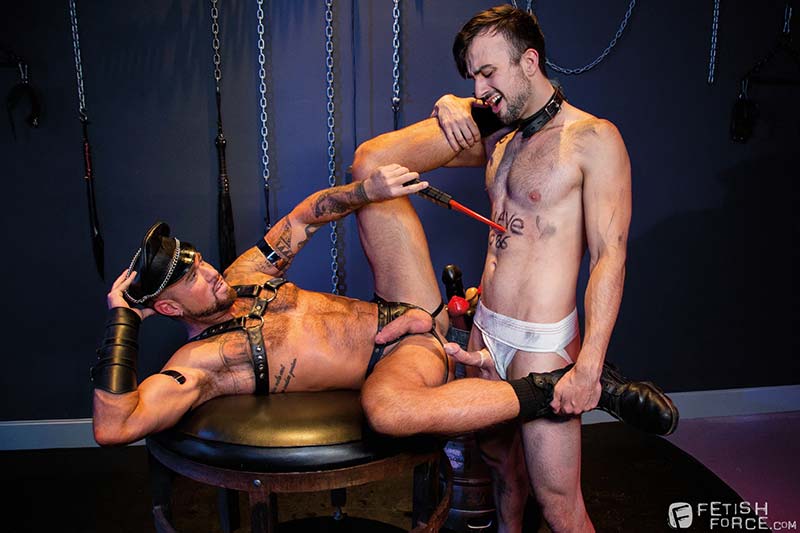 Description:
After Michael Roman is done fucking Mason Lear, he bends over to have Mason eat his ass. The slave does as he’s told and gets in as deep as he can with his fingers and tongue as Michael whips him into a dominant submissive. Always the good boy, Mason does exactly as he’s told and stands up to fuck Michael’s tight hole. Michael commands Mason to go slower, go faster, go deeper. Mason follows every command perfectly to please his master and give Michael the pleasure he deserves. The master and slave switch up positions a few times before Michael has Mason grab a massive dildo to shove up his master’s ass. It stretches Michael to the limits but it’s no substitution for the real thing and Michael has Mason fuck his wrecked hole one last time. Mason pumps away until he’s ready to blast and pulls out to dump his load all over Michael’s cock and balls.