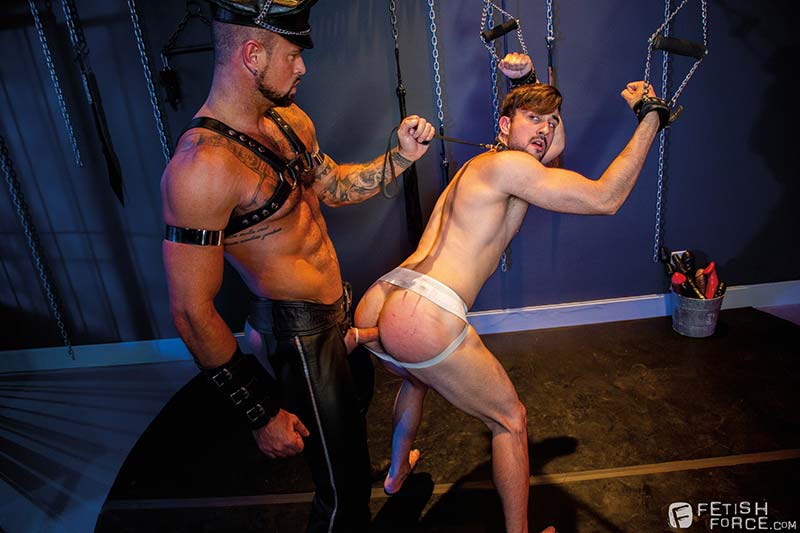 Description:
Michael Roman lets Mason Lear out of his cage so the slave can prove his worth. Mason is eager to please his master and starts by cleaning Michael’s boots with his tongue. When Michael’s patience runs out, he puts Mason on a leash and leads him to another room where he chains the slave and grabs a flog. ‘Thank you, Sir!’ Mason screams out as Michael flog him relentlessly. Michael wants more and whips out his cock to feed to his eager sub. Mason can’t get enough of Michael’s cock down his throat and gags on the massive meat until Michael decides to take a taste of Mason’s vulnerable ass. He gets Mason nice and opened up and when he’s convinced Mason is near the breaking point for needing dick, Michael stands up and shoves his thick, veiny cock deep into Mason’s open hole. Mason takes it like a champ from his master until Michael is ready to blow. When Michael can no longer hold back, he pulls out and fucks Mason’s face until he drops his creamy load in his slave’s gagging mouth.