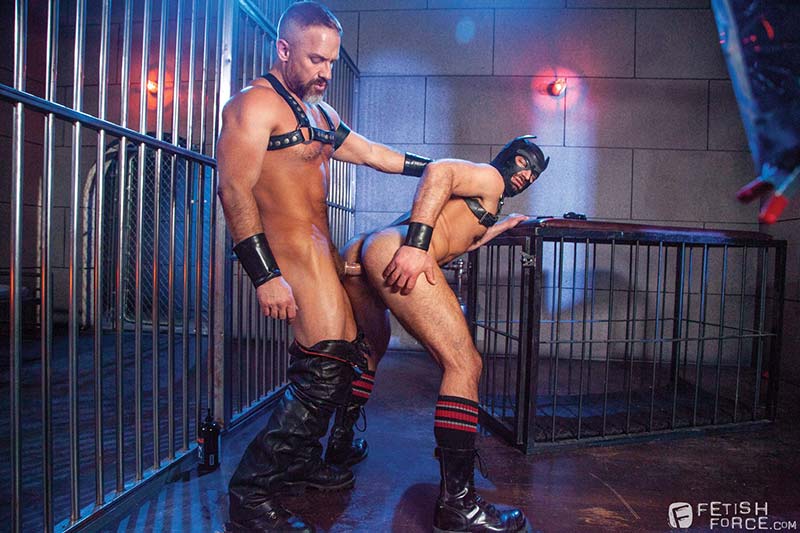 Description:
Dirk Caber lets pup Jake Morgan out of his cage for some exercise and training. Jake’s real master isn’t around but Dirk doesn’t see the harm in giving Jake a bone as a reward for being such a good boy. Jake can’t wait to get Dirk’s meat in his mouth and Dirk gives him what he wants by pulling out his cock and letting the pup gnaw on his hard knob. Jake does such a good job giving Dirk a hummer that Dirk decides to give the pup another reward by bending the pup over and burying his bone deep into his eager ass. Dirk opens Jake’s hole wide and keeps the pup happy with a constant in-and-out pounding. Jake loves every inch that Dirk slides inside of him and after a nice long session of doggie-style pumping, Jake rolls onto his back to be more submissive. Dirk slides his cock back into Jake’s ass and continues his training until Jake blasts a massive load of jizz all over his own tight body. Jake got the bone he deserved but for now, it’s back in his crate before his real master discovers what a bad boy Jake has been!