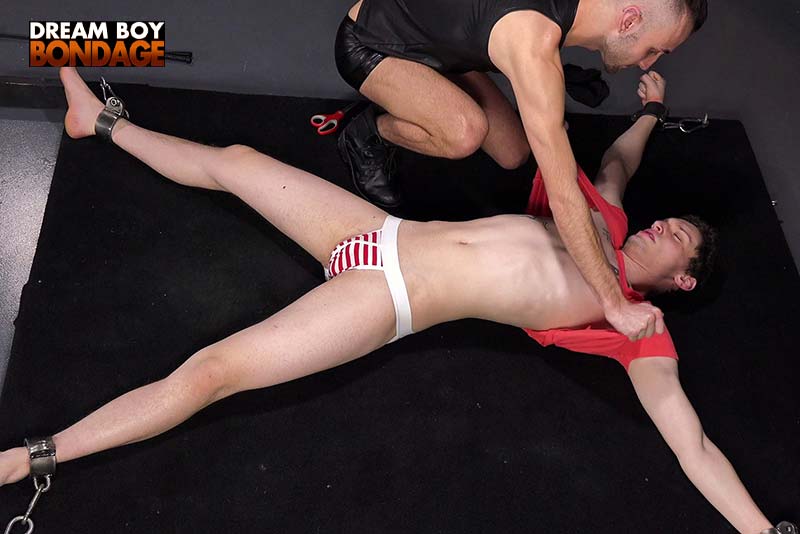 Description:
After being kept in our dungeon for months, young Joseph Mathews has evolved into quite a top. He was whipped, tortured and fucked like a true slave, but we soon discovered he had a vicious streak – and liked to inflict pain on other boys. So, when he said there was a teenager in his neighborhood – a high school bully – whom he wanted to teach a lesson, we quickly agreed. The boy, Joshua Thorn, just turned 18. He knew Joseph, just a few years older, had him in his sights, so he isn’t too surprised when he wakes-up bolted, spread-eagle, on the floor of our dungeon. He’s hooded so he can’t see Joseph, but he can hear him moving around. Still in his workout clothes – shorts and a T-shirt – he struggles against the steel cuffs holding him down, his creamy, flat stomach visible from being stretched on the floor. “Fuck!” he screams through his tape gag, full of fight. We’ll see how he feels after having the soles of his feet whipped.