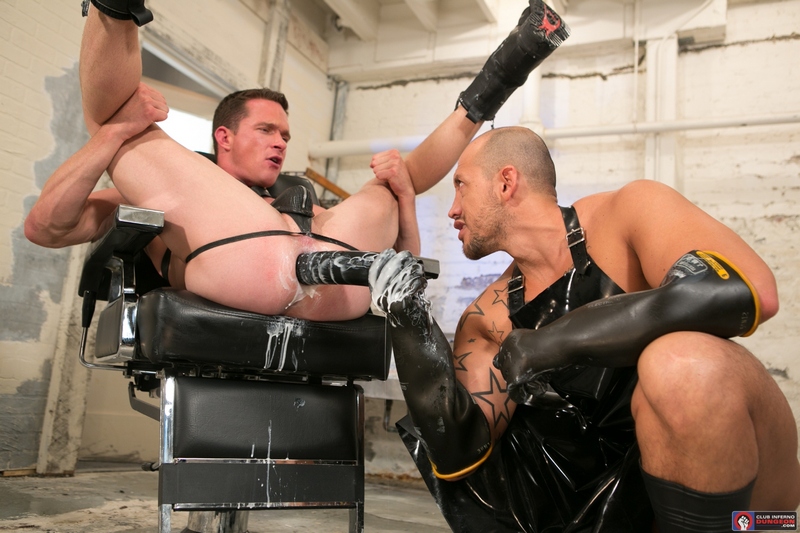 Jackson Lawless sits in a barber chair with his hole thrust in the air, waiting for a serious hole busting session with Jordano Santoro. Santoro whips out a giant turkey baster full of lube and fills Lawless’ gaping hole, preparing it for his barrage of butt toys. Santoro grabs a foot-long schlong with a tiny tip that gets bigger toward the base. In no time Lawless has proven he can take the whole thing so Santoro upgrades to a heavier, fatter fake cock that really puts Lawless to the test. He slams the giant weapon deeper and deeper then forces Lawless to take over so Santoro can pull out his fat Latin dick and jack off.